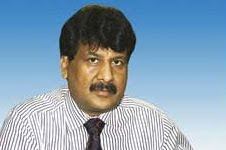 At a young and tender age of fourteen years boys are playing cricket or watching movies in their spare time. They have no worries about business and money. It is an issue that is attended to by their parents. Kuldeep Goel was destined to go through a different and tough life as a teenager. While still in school he collected his pocket money for months and with another Rs.500.00 pooled in by his doting mother, he managed to start screen printing work from his one room residence. His father had separated from a joint family business in commodities. They had moved from their home in Sonepat, Haryana to Delhi some 35 years ago, while his father had a job as a clerk in Railways at a meager salary of Rs.170.00 per month. In those difficult times, Kuldeep Goel had a burning desire to excel and succeed. He worked hard to get his small business going. As a young boy he produced stickers and labels by the screen printing process. He fondly remembers the first label he made for Rajkamal Aggarbatti and it fetched him less then Rs.100.00. He went on to supply labels to traders in Delhi’s auto spare parts market in Kashmere Gate, where traders would pack and sell parts in their own brands. Having no conveyance of his own, he would hire a cycle to deliver his produce to Kashmere Gate. One day when he parked his hired cycle and went to deliver the labels to his customer, he was shocked to find that the customer had closed shop and vanished. With that went his previous payment and also that for the goods that he was carrying. Dejected, he walked back to his cycle to get yet another shock. The cycle was gone! Stolen! He was heart broken but did not give up. He never wanted his parents to know and suffer the trauma of loss so he negotiated with the cycle owner that he would pay him in the next six months. That was the acid test which he passed. The next six months Kuldeep went on foot, shop to shop peddling outsourced calendars till he paid off the cycle owner. He went back to his screen printing business with renewed fervor. In 1985 he lost his father and joined his relatives to start a screen printing business. By 1987 Kuldeep was all set to start his successful startup venture Stickline in sector 58 NOIDA.  His work got appreciation and won prestigious accounts like Yamaha and LG.  His quality and excellence was being talked about. His enterprise is the first Indian company to win a global award for excellence in label printing. He decided to move ahead and make new investments and achieve technical enhancement. He built another factory which is now his flagship company Anygraphics.


He has, as of now three label presses, eight screen printing machines, Digital Printing Press, CNC Cutting machine, a fully automatic robotic Dome Label making machine which was perhaps one of the first few such installations at that time. He has a strong ambition for growth and is looking at new horizons. He is a self made man, who has moved on in trying circumstances and found time to complete his B.Com. He then briefly pursued education in law, which he had to leave midway, because time was short. From a humble one room dwelling that the whole family lived in, Kuldeep now resides in one of the finest penthouses in NOIDA’s Sector 92. His mother has always been source of inspiration and support for him. A few days back he has commenced construction of his new and biggest factory so far, which is slated to have a covered area of 100,000 square feet. When asked about the equipment that he would install and the products that he would produce, his face lights up. You can make out from the faint murmur that he utters, “It will be the latest, thee biggest…” His voice trails off and with a strange smile on his face he says, “Just wait and watch”!
Written by Harveer Sahni, Managing Director, Weldon Celloplast Limited, New Delhi-110008 http://www.weldoncelloplast.com/
Posted by http://harveersahni.blogspot.com at 6:12 AM