Ranesh Bajaj: Providing to label printers, with a smile 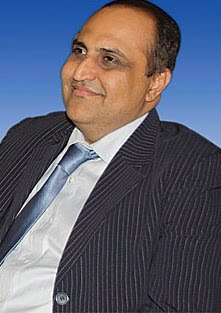 Those who know Ranesh Bajaj, always remember him because of his smiling face and capabilities to smile in diverse situations. Alumni of Punjab Engineering College Chandigarh, after acquiring his degree in mechanical Engineering, he appeared all set to do what a typical Punjabi lad is expected to do, join his father’s business. His father a wing commander in Indian Air Force, had taken premature retirement to start an ancillary spare parts manufacturing business supplying to HMT and Punjab Tractors. His father had made this strategic move to create a plat form for his son to takeover when he hung his boots. Ranesh was a restless young man who did not wish to remain restricted to Chandigarh. When an offer came from his maternal uncle Mr. J Sachdev of Standard Printers Providers to join them, Ranesh promptly accepted and was soon on his way to Japan for training. In the three months that he spent in a remote place in Japan, Rajesh learnt a lot about machines, human relationships and ways to deal with distressing situations. When he reached Japan, he knew no one there. The nearest phone to make a local phone call was 70 kms. away and to make an international call home was 150 kilometers away! He did not understand the language and had to find ways to communicate. It is a matter of pride for him to say that when he left Japan, he was friends with all in the company and in the areas around him. All the staff comprising of 150 people came to the far off airport to see him off. What a feeling it must have been, to so many people in a foreign land waving to bid him farewell.
On return to India, Ranesh worked hard travelling across the country, selling and servicing, Taiyo forms presses for Standard Printers Providers. By 1993 he was restless and ready to move ahead in life, it was time to start on his own. The same year he launched his maiden startup venture, Creed Engineers.  The first agency they got was that of A B Graphics for Omega Slitters and Rewinders. They also sold used label printing machines and the first such press he remembers he sold to S Patel & Co., Ahmedabad. Selling used presses gave him substantial profits but Ranesh’s vision was focused way ahead. He decided to visit Drupa ’95 and also made sure many of his prospective customers would be there as well. Such was his selling acumen that he sold 8 presses during that show. That was indeed the turning point in his life. He got noticed by equipment suppliers making lucrative deals and soon offers for agencies were pouring in.
Ranesh’s father had packed up his business in Chandigarh and moved to Delhi to support and guide Creed Engineers. Ranesh’s family is an educated intellectual lot. His mother is a doctorate (Ph.D) in Botany, sister a pathologist and wife Geeta also a doctorate (Ph.D) in communications. Geeta is a senior and respected professor in a leading management institute in Gurgaon. The family is a very well knit one forming a strong support system for each other.
By end of Drupa 1995, Ranesh was convinced that to succeed, he had to build the brand “Creed”.  Also that to achieve this he had to be selling new label presses and not used ones even though he made more money selling used presses.  He indulged and soon had Creed Engineers representing leading press manufacturers, “Rotatek”.  There was no looking back thereafter.  Today Creed has seven offices across India and over a 100 employees. They represent and sell a diverse range of companies and their products including Rotatek, Acquaflex, Linetec, A B Graphics, Security inks, Kodak flexo plates, Jet polymer plates, security software, etc.  It is a record of sorts that till date they have sold almost 100 Omega slitter rewinders.  Besides this they have sold in all about 60 label presses. The biggest deal Ranesh attributes to his selling two 16 colour printing presses for security printing.
Ranesh’s USP is his smiling face. He is the provider of consumables and equipment to the label printing industry and does it all with a smile.