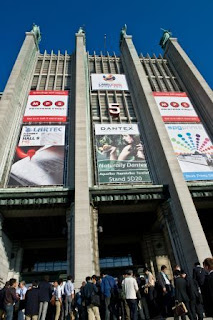 Six years ago in 2005 when Weldon Celloplast Limited exhibited at Labelexpo in Brussels, they were the only one Indian exhibitor at the show. Indian visitors at that show were in quite a few numbers but looked more like tourists using Labelexpo as a reason to travel to Europe. They were visible walking around leisurely in the walkways more like window shopping with casual interests. They would drop by at some stands, make enquiries and then move on. Neither were they taken seriously by the high profile exhibitors displaying their expensive equipments nor were they sure of their expansion plans. The world attention was getting to be more concentrated on this huge market with a growing young and literate workforce creating high demand for consumer products. The Indian label market was obviously heading for phenomenal growth. Six years down the lane a lot has changed. Indian label printers have become a confident lot as they are more focused and sure of the path that they wish to traverse in an effort to meet the growing and exacting demands for labels. From a mere one Indian exhibitor in 2005, the 2011 show opened on 28th September 2011, as the largest label show on earth with fourteen Indian exhibitors, up from four in the previous show in 2009. As for the visitors, the Indian label printers have become a sought after segment for the exhibitors. These printers are now transformed into committed buyers, they are seen as business persons with firm plans to empower their companies with the latest printing technologies available anywhere. Instead of being seen as window shoppers in the walkways they were now engaged in serious discussions in the stands of leading material, toolings and equipment manufacturers. No wonder then that a gentleman walked up to me at the exhibition to say, “Not many Indians this time!” I could not answer immediately as at that time even I was wondering why. Earlier this year on the 5th of January 2011 I had predicted and tweeted on twitter, “Labelexpo Brussels will probably see the biggest number of Indian visitors. Indicates high growth in narrow-web label segment. My prediction!”. I started to look around to evaluate the situation myself. I was pleasantly surprised that the Indians, though not visible walking around, they were short of time to cover the most. They were in deep engrossing technical discussion at various stands across the show, meeting prospective suppliers of materials, toolings and equipments. My prediction made at the beginning of this year was true and had become a reality. Michael Hatton, Marketing Director- Labelexpo confirmed to me that in 2009 there were 338 Indian visitors and this figure had swelled to 429 at Labelexpo Europe 2011. There were more Indians then before and the reason that they were not visible waking around is, “They were busy at Labelexpo Europe 2011”. 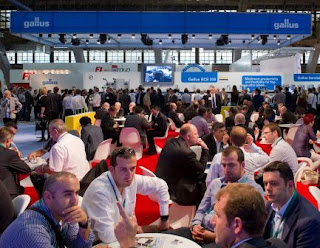 True to the claim that Roger Pellow and his team made in the pre-show promos, Labelexpo Europe 2011 held from 28th September- 1st October 2011 at Brussels, was the biggest and most successful labelshow in the world till date. The show reported 28636 visitors from 118 countries which is an 18.6% increase over the previous show. The number of exhibitors grew from 544 to 550. It indeed was the largest show in the history of this 30 year old Labelexpo. Adding to the success is the fact that over 81% of the space for next Labelexpo is already booked. The Labelexpo team has been continuously innovating to bring value to visitors patronizing this prestigious show. Besides ensuring a huge number of working presses and equipments, new features like the Digital Printshop and the Package Printing Zone are endeavors to expand the horizon and vision of label printing companies. Most of the exhibitors to the show appeared to be satisfied with the results however some of the exhibitors in Hall 12 felt that due to the sheer size of this growing event and the increasing number of exhibitors, enough visitors did not reach them in the numbers that they were seen in first few halls. For this reason there is a strong debate that the show should be extended for one more day in future. Some exhibitors also aired the view that the venue should be moved to another location in Europe. Personally I feel such specialized events are linked to particular venues and cities and moving them may become counter-productive. Anyway it is for the organizers to decide but as for now the next Labelexpo will still be at Brussels.
End of the show quotes are an important part of any show and indicates the level of success it has achieved. Many exhibitors have expressed their satisfaction at the show. Jakob Landsberg of Nilpeter expressed, “Labelexpo Europe 2011 was more successful than we dared to hope for. In the current financial climate, our industry looks forward more optimistically than the rest of the world” UPM’s representative echoed similar views, ”Despite the challenging economic situation surrounding Europe these days, Labelexpo Europe 2011 nevertheless brought out the collective drive and enthusiasm in the industry. We saw plenty of people poised to push the label to the limit and we liked that!” Gavin Jones, Tectonic International Ltd said: “Labelexpo Europe is always a great shop front for our range of products and this year was no exception!” Cristina Toffolo of Gidue reports success with their innovative product range. In words of Jason Oliver Sales Director, EFI, “I’d simply say that we at EFI Jetrion were completely overwhelmed by the show.” It was heartening to see Ranesh Bajaj of Creed Engineers and Pawandeep Sahni of Weldon proudly beaming when Rotatek and Omet put up the signs on the presses displayed at their stand as sold to their customers in India. Rotatek was sold to Update Prints in New Delhi and two Omets were sold, one to Unique offset Mumbai and the second to Arunodaya Hyderabad. Other press suppliers may also have finalized deals for India but they did not respond to my email requesting information. Leading press manufacturers like Gallus, Mark Andy, Omet, MPS, Edale, Delta Industrial, Orthotec, etc had well attended stands and all felt that the show delivered the desired results. Ajay Mehta of SMI, the leading Indian Labelstock manufacturer is overwhelmed by the quality of visitors at his stand, he felt it was the right platform for his company to find recognition in the international markets. Young KD Sahni at Weldon feels his new and innovative security label products could not have found a more appropriate event to showcase. Amit Ahuja, the only Indian label press manufacturers to have ever exhibited with a working press at Labelexpo, was very busy for the entire duration of the show and carries home a whole lot of leads to work on. The press on display has been sold to a customer in Moscow, Russia. Indian label film manufacturers Cosmo films and Polyplex too reported a steady stream of visitors.
﻿﻿﻿﻿ ﻿﻿﻿﻿ Finat, the international association of the self adhesive label industry has played an important part in the success of Labelexpo. This event also marked the 20th year of partnership with this event organizer. In words of Kurt Walker President Finat, “ In all respects, this has been the best show ever” Jules Lejuene Managing Director Finat concludes, “The Finat booth saw hectic activity and was the meeting point for many luminaries of this industry”. 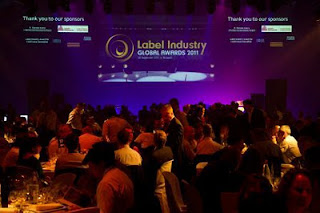 The Global label awards function and gala dinner, held on the sidelines of Labelexpo was a grand event before an audience of 550, the awards celebrate and honor those who promote best practice in the label industry. Some of the label industry’s leading companies and individuals were recognized for their outstanding contribution to the sector as the winners of this year’s Label Industry Global Awards.

﻿
﻿﻿﻿ ﻿﻿﻿ ﻿ Helmut Schreiner, executive manager/owner of the Schreiner Group, was given the R. Stanton Avery Lifetime Achievement Award, sponsored by Avery Dennison. The Label Industry Award for Continuous Innovation – sponsored by Labels & Labeling, NarroWebTech and Label & Narrow Web – was presented to Brazil's Novelprint. EskoArtwork triumphed in the Label Industry Award for New Innovation category which is designed to underline technological advances made in the previous year. A host of other winners were also awarded at the function which was interspaced with good entertainment followed by a great dinner. Dean Scarborough, CEO of Avery and Mike Fairley were an important part of the deliberations at this function.
﻿ ﻿ The Indian Label industry was well represented at this exhibition. Leading the industry’s presence was the Label Manufacturers association of India(LMAI), President Vivek Kapoor. Most of the members of his team were also in Brussels for the event. Vivek and his team have created a very positive atmosphere in the association. The recent events like the GOA conference has brought unity in the industry and instilled a sense of camaraderie. Normally at the previous labelexpo’s I noticed that Indian printers would pass by their counterparts in the Indian industry in the walkways by giving a symbolic nod or a smile. This time around the bonding was evident, you could see the Indian printers standing in small groups discussing what was good and must-see at the show. These small and important get-togethers helped them reach their target exhibitors without wasting time. Printers from across the length and breadth of India were seen moving around. If it was Update Prints, Anygraphics, Zircon and Prakash Labels from North India, the west had an entourage from Creative labels, Renault paper, Webtech, Interlabels, PPL, Total print, Ajanta, Unique, Mahrishi Labels and many more. South Indians were also present in substantial no.s, Wintek, SGRE and Global from Bangalore, ITC from Chennai, Pragati and Arunodaya from Hyderabad, Raveendran from Sivakasi and so on. The list is long. This pan national representation conveyed the seriousness and firm resolve of the label industry in India to take the growth challenge head-on. These printers are now more than willing to invest, expand, innovate and globalize. They are shopping for the best equipment from presses to inspection systems, no wonder they were busy at Labelexpo.
Written by Harveer Sahni, Managing Director Weldon Celloplast Limited, New Delhi. October 2011 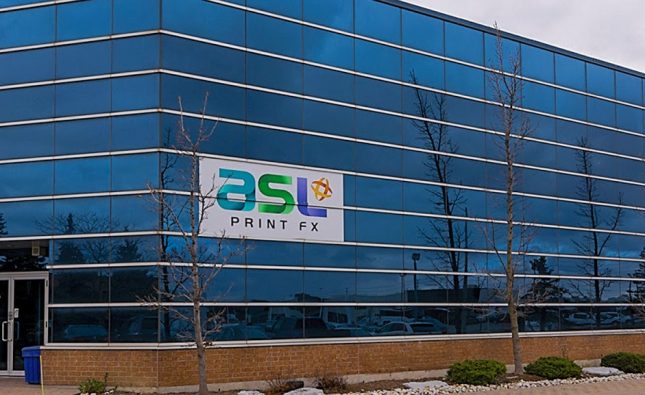