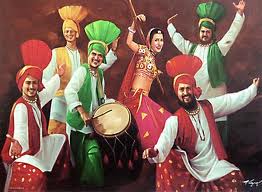 The festival season in India begins by the end of September and goes on till the middle of April. This is a time when people in general are in mood to celebrate. The weather also gets cooler and helps. During this time the Label printing and packaging industry also has a series of events in their industry to keep them busy because it is show time!

The biggest label show in India, Tarsus UK owned Labelexpo-India is to be held in New Delhi’s Pragati Maidan from 29th October to 1st November 2012. The show is just days away, the hype is already there and the Label printers are looking forward to a good show. The virtual who-is-who of the label and packaging industry in India and the surrounding countries will converge to meet at this four day event. The show intends to empower the visitors with knowledge of the latest trends and technologies evolving around the world. State of art label presses, inspection systems, equipments, toolings, software and materials will be on display. As many as 23 working presses are likely to be showcasing their printing capabilities at this international event. The last edition of the premiere show was held in 2010 when the economic slowdown was just tapering off and the indulgence of printers may have been a little restrained. The industry is now buoyant, growing and expecting a surge in demand due to a spate of economic reforms initiated by the present Government of India. FDI (Foreign Direct Investment) in multi-brand retail has been allowed and is expected to bring in an imperative need for shelf ready attractive packages. Labels are the face of any fast moving branded product and better labels with good aesthetics not only liven up the shelves but also tempt the consumers to lift the products and add to the retailer’s turnover. The Label printer has to continuously invest in upgrading his capabilities to print, decorate and convert. The general sentiment indicates the printers will be serious this time around and exhibitors will woo them with their best offerings. The event also accords opportunity to label printers and other stake holders in the industry to meet their peers in the industry share thoughts and knowledge. It is also time renew the bonds of friendship.


﻿﻿ Less than two weeks before Labelexpo opens another event was organized also in New Delhi. “Packaging Summit-Challenges and Opportunities” by Assocham (Associated Chamber of Commerce and Industry in India) and supported by the Ministry of MSME (Micro, Small & Medium Enterprises) on the 17th of October 2012.  Assocham is the highest body of the Chambers of Commerce of India, providing a forum for dialogue between business and government. The summit had speakers from the label, packaging industry and the Government. Speakers from Labels and packaging segment were Allan Baretto MD Nilpeter India, Asim Dutta Head of packaging development at JubilantLife sciences, Mohd. Nadeem, CEO, Paharpur – 3P, V B Lall, V.P., Indian Plastics Institute and Director, SCJ Plastics Ltd., myself; Harveer Sahni from Weldon Celloplast Limited and N C Saha Director Indian Institute of Packaging. Senior officers from the Ministry of MSME and other departments also spoke at the event.  One week after Labelexpo ends in Delhi, International Packtech, organized by Messe Dusseldorf will be held from 6th to 8th of December 2012 at Bombay exhibition centre, Goregaon, Mumbai. This event has a limited participation from suppliers to label industry. Therefore I do not expect many label printers travelling across the country to visit the show. However the packaging industry including suppliers and end users are likely to visit the show.

“Printpack” is the largest show for printing and packaging industry in India and also the 4th largest in the world. This time the show is being held at the Greater NOIDA Expo Center from 23rd to 28th February 2013. It will be the first time this show is not being held at Pragati Maidan in New Delhi. Generally shows get popular and recognized with the venues that they have found success at. This is an important show that caters to the printing and packaging industry, demand in which, according to the organizers is likely to cross 27 Billion US Dollars. At their last showing at Pragati Maidan, they reported a visitor turnout in access of 50,000 in numbers. I wonder if they can repeat that success at a changed venue, only time will tell. In between the shows that I mention above, there are a lot of small regional shows in smaller towns spread over North, West and South India. With the number of shows going on increasing coupled with already existing successful and important shows in Europe, USA and now China, the pressure on printers, suppliers and visitors has also increased. Signs of discontent are already showing. Competition and market demands create paucity of time. Printers need also to invest with caution. The no. of genuine visitors to shows is likely to decline. Drupa is a classic example of falling No. of visitors and if this trend continues, it may lead to losses for organizer and deterioration of standards at these shows. However for growing economies like India and China, the show culture has become a must for entrepreneurs wanting to expand. The better organized shows at popular venues are more likely to succeed. The content and visitor profile of any good show ensures good bookings for the following edition and vice versa is also true. We do hope that these shows deliver the promise to empower the label and print packaging fraternity with technical up gradation and opportunity to select technologies for their future expansion.

﻿Pragati Offset Hyderabad celebrated their Golden Jubilee recently at Hyderabad. Being invited to the event I was surprised by the commitment, involvement and participation of the entire team. I have already written about them in this column last year. The team Pragati is now 1800 in numbers! The founder Mr. Hanumantha Paruchuri and his wife were on stage. At this age the man was in the midst of the party enjoying his guests which included customers, suppliers, media and friends in the industry. The evening saw almost 1000 guests sharing the joy of having excelled in print for 50 years! Pragati’s trophies, awards and works of excellence over the years were also on display. The following evening another party for the team Pragati with 1500 employees in attendance is the real essence, of celebrating success with those who contributed to the excellence that delivered. 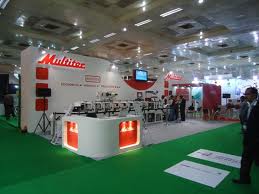 The Indian Label press manufacturers are creating another story that is unfolding and appears to be having a bright future. Leading the pack is Amit Ahuja of Multitec Aids, a qualified design engineer. His last showing at Labelexpo 2010 Delhi, then Labelexpo 2011 Brussels and now in Labelexpo 2012 Delhi later this month is all the firsts that any label press manufacturer in this country could dream or achieve. He is producing machines that stand up to challenges and exacting demands in the international marketplace. I am not allowed to disclose but as he says he will surprise the label industry with his latest offering on display at his stand at the show. I look forward to the product that he will showcase. He has installed 14 machines in the last twelve months.
﻿Baldev Singh Jandu from his modest beginnings has come a long way. He has catered to the needs of the label industry in more than one way. His label printing machines are a must for any small entrant in the industry. Barcode labels, gun labels, computer labels EDP labels, toll tickets, etc., Jandu is the name that will deliver. He also supplies coater laminators, slitters, sheeters and other converting machines. He too has installed 14 label presses in the last twelve months. R K Machines in Ahmedabad is another machine supplier who continues to service the entry level printers. I will attempt to estimate imported presses including the used ones at another time as it is a difficult exercise. The agents of foreign press manufacturers do not like to disclose the figures for obvious reason. Considering the installations of these three Indian leaders in label press manufacturing,  and if I add another similar figure coming from other smaller regional players, the Indian label printers seem to have sold over 50 label presses! Truly the Indian label industry is shifting gears!