With low or almost flat growth in Indian manufacturing sector and economy estimated to grow just 4.25% according to IMF forecast, as against the government projection of 5.5%, it is indeed a trying time for the industry. The year 2013 threw in some thought provoking challenges to the self adhesive label industry in India.


·        Shrink sleeves were continuously taking a significant share of the label market.


·        With Commercial printing facing a slowdown because of the impact of internet or electronic publishing, offset printers were diversifying into labels and packaging thereby creating more competition.


·        The expected market expansion due to FDI, foreign direct investment, in multi brand retail did not happen.


·        Environmental concerns have been highlighting the adverse impact of liner waste and pressure sensitive adhesive waste matrix going to landfills. Alternatives are becoming evident. Initial investments have been made to move towards linerless materials and labels.


·        The growth rates though still positive have slowed.


·        There still is need to cater to an increasing market size so the capacity enhancement is an imperative that we cannot deny. This appeared to be the silver lining but the exchange rates making purchases go up by over 15% in value, became the spoilsport making many a printers put their purchase plans on hold.


As we move into 2014 things appear to be crystallizing; ·        Printers have started to invest in label presses with multiple capabilities to offer labels, shrink sleeves, lamitubes and folding cartons with the same equipment. They understand the need to expand the range of their offerings as well as the necessity to have a wider customer base.


·        Printers have started to consider high end equipment to achieve less wastage, faster production to achieve economy of scale, capabilities to offer innovation in their products to meet the competition head-on.


·        As we enter the third week of December 2013, the news that FDI in multi-brand retail is finally here! Tesco has tied up with Tata’s to be an active player in the ever increasing consumer product retail industry.


·        While they were being shrugged off in the past, environmental friendly alternatives are now being seriously looked at. The trend will continue in 2014


·        The general feeling around the country is that economic growth will return after the general elections.


·        In 2014 I do not see any reduction in raw material prices nor do I expect any escalation of selling prices in a competitive growing market. Printers will have to tighten their belts achieve better productivity, reduce wastages and to top it all. They will have to innovate!


·        The industry has to expand in capacity to cater to the needs of growth in demand in a country with a huge population. So we can safely expect more quality investments in the year ahead.


The above opinion of the author has been adapted & published on line by Labels and labeling UK as a part of their global coverage on “Voice of people” titled Label and package printing markets look forward to 2014 for detailed report and views of other suppliers and printers around the world   - See more at:

Zircon grows in labels, it is Lord’s blessings! 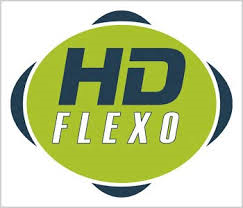 They are India’s first Esko HD-Flexo certified Label Printing Company.  Zircon presently employs 250 people and operates with multiple label presses out of three plants occupying a covered area of 55000 square feet which is being expanded to 90000 square feet in the near future. Two of these plants are in Dehradun and one in Chennai. They have seven sales offices spread across India. They have complete prepress and plate making systems for letterpress and flexographic printing in-house from Esko and Flint. All three plants have fully equipped laboratories to assist them in research and development work. The icing on the cake came this year when Zircon acquired perhaps the largest label press in India a 430mm Omet Varyflex. It is a highly loaded press incorporating a combination of flexo and rotogravure printing technologies. The press has been built and configured to some proprietary web passes and attachments as per Sanjeev’s designs. It is a fully servo driven press having automatic registration control with facility to print back and front in a single pass. The press can print from 12 micron film to 600 micron board. With this press in operation Zircon has enhanced capabilities to produce not just labels but also shrink sleeves and folding cartons.
Sanjeev is satisfied that he has achieved both the commitments he made to himself. He never took a low paying job and he has surpassed the first goal of reaching the 7 million dollar sales. It is time to move ahead and he feels in five years he will be a total packaging solution provider catering to customer needs from labels, shrink sleeves, folding cartons, flexible packaging and micro flute monocartons. He intends to introduce security features in all packaging supplied by him ensuring a degree of protection to his customer’s brand as also driving value for the consumer who will buy the packaging along with the product. New plants will be coming up in Dehradun and west India ensuring a pan India presence and service to multi-location customers. He hopes to reach a level of Rupees 250- 300 crores in sales in five years time. Working at multiple locations and travelling all the time, takes a toll on one’s personal life. His wife Poonam has supported him all along. His mother feels first she used to wait for him now Poonam does that, however both have no complaints seeing the level of commitment he has towards his work. His only son Sanchay is pursuing Business management at Symbiosis Institute in NOIDA. The young lad is being mentored to become a leader but the father firmly believes Sanchay has to prove himself. A self made first generation entrepreneur Sanjeev Sondhi is only 44 years old and there is no plan of resting with his achievements. He is extremely grateful to his former employers, Industry friends, suppliers and Zirconians, as he calls his team. Without whose efforts neither the past was possible in a short span of six years nor can the future be achieved. Having said that he goes into a pensive mood he says, “My father put me on the road where God’s blessings come on their own…Jai Bhole Ki!”
Written by Harveer Sahni, Managing Director, Weldon Celloplast Limited, New Delhi-110008 on 7th November, 2013

“Unauthorized use or publishing of this article is prohibited”


The article maybe reproduced by other publications giving the following caption;

The above article was first published in “Narrow Web Tech” magazine and published by G & K TechMedia GmbH, Am Stollen 6/1, 79261 Gutach-Bleibach, Deutschland e-Mail: info@flexo.de
Posted by http://harveersahni.blogspot.com at 1:39 AM 1 comment: