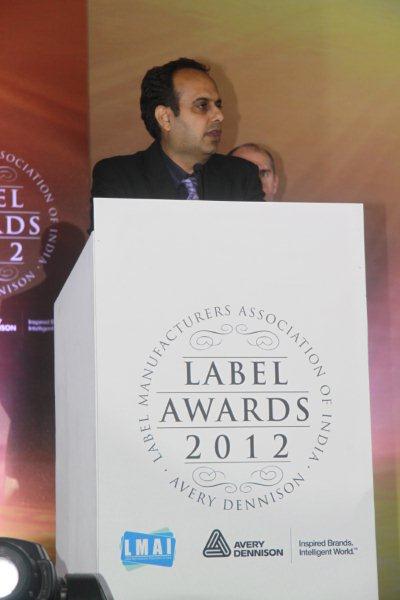 instrumental in creating a unique platform for the Indian Label Industry, “The annual LMAI label conference”. I remember when the first conference was being organized at Goa, the kind of effort put in was gigantic and sitting at Mumbai, Vivek was coordinating all the time. Since I was a member of the managing committee then, I used to get Vivek’s call every other day. He would talk endlessly on the planning and my family would ask, “Does Vivek have a free mobile phone?”LMAI has successfully organized two conferences at GOA with global attendance from most of the reputed suppliers. The LMAI Conference is now declared to be held regularly every two years. Under Vivek’s leadership the members of the label association LMAI have been able to get subsidies on investments, on travel and participation in premier trade shows abroad like Labelexpo, from the Ministry of MSME (Micro Small & Medium Enterprises) Government of India. Vivek has also taken initiatives with support from leading industry suppliers to support schooling of operators for label presses. This is an area that is a cause of worry due to shortage of trained operators to run the high-end sophisticated presses. If his efforts succeed this will help increase the operator availability in India.
Each time I interview a leading label printer, I ask a question that is important for us and our environment. Given the fact that 50% of all the label material that label printers use, goes to landfills impacting the environment adversely, I wish to know the initiatives that they have taken in this direction. The question becomes all the more important in case of Vivek as he heads the label association. He has tried various initiatives with industry suppliers on waste management but success has been evasive. He says,” We firmly believe that it is for the better of future generations that we leave behind a cleaner earth. I will continue to find ways to implement systems and environmentally friendly production processes.”
Written by Harveer Sahni, Managing Director, Weldon Celloplast Limited, New Delhi-110008 India, July 2014

The above article can be reproduced by publications after taking permision and giving due credit to author.