The growth of one of the biggest labelstock manufacturers in India

Evolving from a business doing lamination jobs for sheet-fed offset printers founded in 1961, SMI Coated Products Pvt Ltd developed into one of India’s leading labelstock manufacturing companies. Harveer Sahni talked to the company owner about the reasons for this strategic realignment, referring to some particular conditions of the Indian label market.


The beginnings
In 1956, Om Prakash Mehta started his own trading business at Kolkata by importing cosmetics and watches but due to cumbersome and restrictive licensing procedures prevailing at that time, he left that business. In 1960 he started to make 3D photos that were quite a novelty in those days and also made gift items.
A year later he saw potential in the print lamination business as glossy posters and catalogues became a very important selling tool. Therefore he started doing lamination jobs for sheet-fed offset printers. Due to terrorist activities of the left-wing Naxalites in the latter half of the 1960s and the resulting unstable local situation, he decided to relocate in Mumbai (known as Bombay in those days).
Once in Mumbai, Om Prakash Mehta started his enterprise SM Plastic Industries at rented premises in Nargis Compound, JB Nagar, Andheri, continuing the same print lamination business that he was doing in Kolkata. Initially it was a very difficult time and one of the first deals he remembers is that when he got a very big lead through Ajanta Printarts. They asked him to approach their biggest competitor and tell them Ajanta’s lamination job was done by SM Plastic Industries, the gimmick worked! He got the order and was soon doing jobs for printers across the nation. The customer base grew and in 1977 he bought his own premises in Shiv Shakti Industrial Estate and moved his operations there in 1982. In the following three to four years the sheet lamination business started to become localized and bigger printers preferred to do the jobs in-house.
Leaving the print lamination business in the hands of loyal workers, who till this day run the business with support from his son Ajay Mehta, who did his initial schooling at St. Lawrence School Kolkata and later at St. Teresa High School, Bandra, Mumbai. He then completed his B.Sc (Chemistry) from Mithibai College, Mumbai. In 1983 Ajay Mehta completed his studies and joined his fathers’ business.
Om Prakash moved on to establish another enterprise in 1987 doing fabric to fabric lamination like silk to flannel or cotton to cotton for shoe uppers using EVA for bonding. He developed triple fabric laminates for shoes, bags and accessories. Ajay comment “The laminates were very good and gave long life to the products they were used in. As a result of this in just one and a half year we were without any orders”. Therefore, in 1991/92 he decided to quit the fabric lamination business. 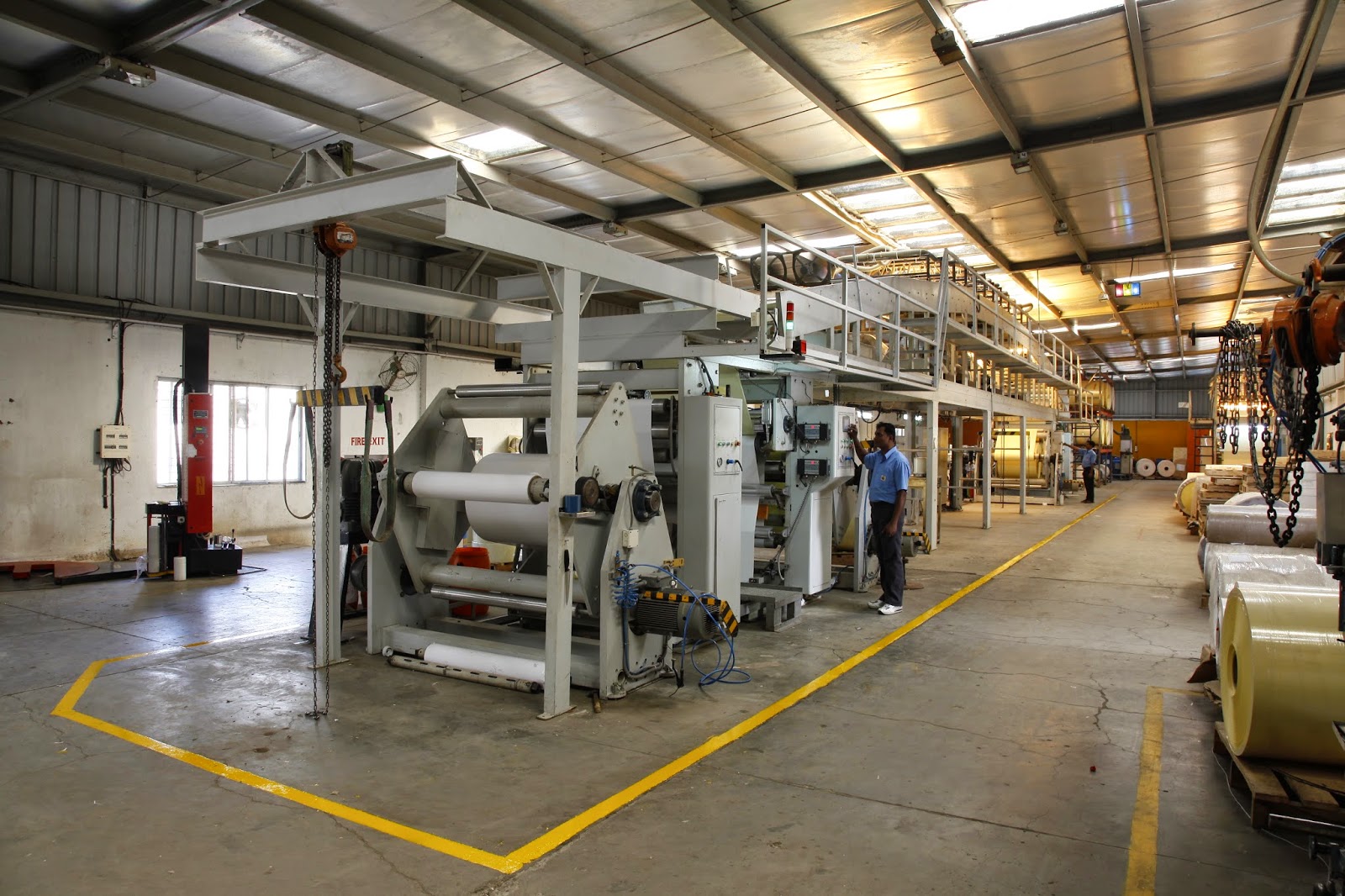 In 1993 he setup labelstock manufacturing facility SM Industries at Daman with the help of a 20”
width coater laminator running at just 15 m/min (49.21 fpm). The location was chosen because Mumbai was too expensive and moreover there were tax incentives available at Daman. It was difficult to run that unit initially because road conditions were bad. When the thought came to Ajay to also become involved in printing, his father would not allow forward integration because he envisioned that they would not compete with their customers. They initially made only sheeted materials and a lot of hard work went into making the unit a success.

Posted by http://harveersahni.blogspot.com at 7:39 AM