With western and established markets for consumer products showing signs of saturation and decreasing growth rates, there is an extensive search for alternate markets that look promising and appear to offer high growth rates in the near future. Markets that are expected to grow include packaged retail products which will drive volumes for packaging and printed products including labels. India, in recent times is being referred to as the economic powerhouse for buying.
India – A powerhouse market 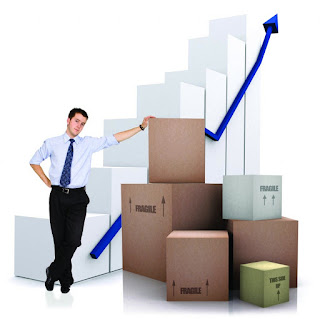 This thought process emanates from the fact that even though India is the second most populous country in the world after China, it is home to the world’s largest youth population. The November 18, 2014 edition of India’s leading newspaper The Economic Times published from a UN report, that there were 356 million 10-24 years old in India as compared to 269 million young people in China. India is projected to be the world’s most populous country by 2025, surpassing China, its population reaching 1.6 billion by 2050. More than 50% of India’s population is below the age of 25 and more than 65% below the age of 35. It is expected that, in 2020, the average age of an Indian will be 29 years, compared to 37 for China. As literacy levels grow, more and more young English speaking people are coming out of schools, colleges and universities seeking employment. These youths which are in employment have disposable incomes and have made the burgeoning middle class a powerful buyer segment driving a huge demand for consumer products. With the advent of widespread television coverage, the effect of ecommerce, growth in communications and mobile telephony, the young Indian population is providing the impetus for retail spending.
Supplier’s opinion on Indian visitors
The global suppliers to the label industry have high expectations of the Indian markets and they 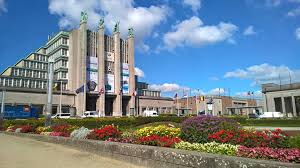 continue to focus on this area in hope of catering for the expected growth. Labelexpo Europe 2015 was bigger than previous shows, 35789 visitors came to the show as against 31795 in 2013. There were more visitors from India as well; 436 Indians attended the show as against 411 in the previous edition. In an effort to gather the global industry supplier’s opinion about the Indian visitors, I questioned some of the leading exhibitors. Since I visited Labelexpo for the first time some 16 years ago, I have seen the number of Indian visitors grow steadily. While the industry was transforming itself from being predominantly flat-bed letterpress driven printing to rotary intermittent letterpress and then on to rotary flexographic printing, at the same time the Indian economy was opening up and liberalization was making Indians open up their vision and think of expanding and upgrading to global levels. It was because of this state of affairs that they started travelling and visiting international trade shows. The visitors from India started becoming more visible in numbers by the middle of the first decade of the new millennium. It was towards the end of this decade that they were recognized by the suppliers as serious buyers. The focus that had all along been towards China started now drifting to India. “About 436 Indian visitors attended Labelexpo Europe as against 411 in the previous edition of the show.” Traditionally most of the Indians believe in slow and steady growth. I feel the time has almost come when we can accept the global opinion of India becoming the power house of buying but the caution of slow and steady will always apply. One cannot expect the floodgates to open immediately and abruptly.
Serious and inquisitive visitors 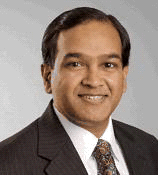 Jakob Landberg Sales Director Nilpeter says, “The quality of visitors coming from the region has been improving over the years, both in terms of numbers and in their seriousness of doing business. This is also a reflection of the maturity of the Indian label market. India forms a major part of the Asian region which is one of the fastest growing global regions for label consumption.” He further added, “We felt that the quality of visitors to Labelexpo 2015 was an improvement on earlier years”. Nilpeter, have shown their commitment to the Indian growth story my making an investment to build equipment in India. “Indian printers visiting the Brussels show were more focused and educated.”Mike Russell of Mark Andy also felt there were no “tourist visitors” from India this time as in earlier years, the Indians visitors to this show were serious label printers. Gourav Roy also of Mark Andy felt the Indians appeared to be less visible but the important ones were all there. Even though digital printing continues to attract the interest of the printing industry worldwide, the Indian label industry in general is hesitant to make large investments in this segment due to the high cost of equipment and inks. It is interesting to note that they still regard the segment with interest. Many printers were seen perusing the offerings in the digital equipment hall. However some low priced digital equipment attracted many Indian label printers.
I spent time at the stand of one such company Trojan Label where I saw many leading Indian printers, some ready to buy before some confusion moves in and the decision goes on hold. In the words of Kim-Regin Sustmann, Director Business Development at Trojan, “Labelexpo turned out to be extremely good for Trojan we never expected to create so much interest.” The HP stand also was extremely busy and had a lot of Indian printers. A very interesting response came from release base paper supplier Munksjo. Base paper prices directly impact on the price of self-adhesive label stocks. As pointed out by Anil Sharma of Avery Dennison, our printers were looking for ways to improve margins, so the interest in this company’s offerings was obvious. According to Marco Martinez, Munjsko, “We had many Indian visitors, actually the biggest number from any country, which surprised us!” He further added, “India now appears to be the market for the future”. However most of the visitors to the stand enquired about stock lots and side runs. This confirms the focus of our printers trying to improve margins. Labelstock is the major part of the cost of a label and to remain close and connected to the suppliers, printers ensure that they visit the labelstock stands as a matter of urgency. For this reason, the three main suppliers to the Indian label industry i.e. Avery, Raflatac and SMI had many visits from local printers. All technical and new product information from these suppliers is available locally so it was pointless to spend too much time on these stands..
Leading tooling manufacturers like Rotometrics, Spilker, Kocher + Beck, Lartec, Electro-Optic, etc are well represented by strong and efficient sales agents in India and for this reason they did not get too many Indian visitors. In the words of Raul Silvestre of Lartec, Spain, “I had few visits from India”.
More and more Indian attendance 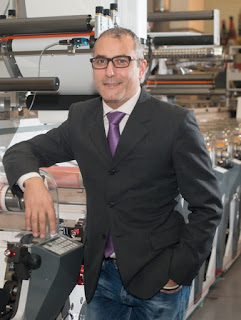 The Omet stand at this year’s show was extremely busy with a lot of Indian printers. According to Paolo Grasso Sales Manager, “We see more and more Indian printers attending Labelexpo Europe year after year. This time I had the impression that the Indian presence was one of the highest ever. Most of our visitors were definitely seriously looking at investing. It is difficult to say if this market will actually drive global growth because it has a very high growth rate with the fastest growing middle class in the world, yet the numbers need to grow, there is too much caution, hindering growth. The Indian label industry still has a long way to go. Companies need to scale up levels of efficiency to become market drivers. Many times, not due to the way they manage, but often due to the surrounding impact of bureaucracy, “The Indian label industry still has a long way to go.” inefficiency of supporting organizations and lack of required infrastructure delays growth and may take years to fix those aspects, but hopefully this will happen one day soon and India will shine more. By this time entrepreneurs will be highly educated on how to compete on world markets. I still see too many “followers” with the mindset of watching what their competitors are doing rather than to think what they could do best with their strength and conditions. They have the capabilities and need to have faith in themselves and implement decisions. There are also many who’ve learnt how to think out of the box and are taking those “unusual” steps that lead them to become market leaders. One more problem is that price takes precedence over the real value of the solution. This superficial approach to the topics is a deterrent to growth because often what looks cheaper in the beginning later turns out to be the most expensive solution in the long term. It is important to note that when delivering technology, it is impossible for any equipment manufacturer to create and deliver innovation without any profit.
Moving out of the crowd
My personal opinion is that since the Indian label industry is still largely family managed with the businesses falling into the SME (Small & Medium Enterprises) category, the promoters have to expand within the comfort level that the existing economic parameters allow. They have to make decisions facing constraints that rules and regulations impose including those of financial institutions. They are under pressure due to intense competition and have to exercise caution so as to be able to service debt effectively. However success always comes with calculated risks. So our printers, even while exercising caution, need to move out of the crowd and emerge from their comfort zones to stand out and empower themselves with capabilities to innovate and excel!
Written Exclusively for Narrow WebTech Germany by Harveer Sahni, Managing Director, Weldon Celloplast Limited, New Delhi-110008 October 2015.
The article should not be used or published without the permission of Narrow WebTech Germany. Should you wish to reproduce, please contact the author or editor Narrow Web Tech