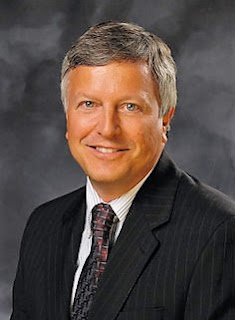 Mark Andy, Vice President of International Sales, Mike Russell was born in St. Louis where he grew up and went to school in the suburb of Kirkwood, Missouri. After completing his undergraduate studies from WestminsterCollege, Fulton, Missouri in 1974, a college where Winston Churchill delivered his Iron Curtain Speech in 1946, Mike encountered a problem of acute unemployment. America and the western world were at that time facing recession. As per Wikipedia; 1970s recession was a period of economic stagnation in much of the Western world. It differed from many previous recessions by being a stagflation, where high unemployment and high inflation existed simultaneously. Unable to find a regular office job Mike took up his first job doing manual labor of laying rail tracks for Norfolk and Western Railway. Son of a Self employed lawyer, who also sold life insurance, and mother being a home maker, he aspired to succeed in life despite the challenges this earlier part of life threw at him. Six months after his first manual job stint, he joined a small company which supplied air pollution filters to Monsanto Enviro-Chem Systems as their lowest paid employee. At this company he did all kinds of jobs that included managing receipt of materials to quality control. 3 years later in 1978 Mike Russell left this job and joined ALCO Controls division of Emerson Electric, to look after production and inventory control. Those days of recession it was the job that was important and not what duties came with it. While at this job he worked during the day and later attended night school for four years finally receiving an MBA degree. Fortunately the company paid for this study. Another 7 years later it was time to move on and he started to apply in various companies, on basis of a good CV and armed with an MBA degree he got selected for a job to look after planning and production in the module assembly department of Mark Andy Inc. He had on 4th of November 1985 finally reached the company where has spent the next 33 years of his illustrious career.
In 1946 Mark Andrews Sr. started to print scotch tapes and also built a tape printing press in his basement machine shop. Mark Andy named after its founder Mark Andrews was started as a small family venture. With Mark’s hard work and foresight, the company went on to invent, develop and build rotary label presses that were called Aniline presses prior to be named Flexographic and becoming the leading name in flexo printing and converting presses. So as to grow the market Mark Andrews Sr. with help of one of his machinist, Richard Roseman developed rotary dies to run on presses manufactured by him. He later encouraged Richard to start his own company to produce rotary dies which he did and Roto Die Company Inc. was founded in 1957. Roto Die Company subsequent to its merger with Micrometrics Inc. was renamed Rotometrics.

Mark Andrews Sr. passed away in 1980 leaving Mark Andy Inc. to his son Mark Andrews Jr. who had been at the helm since the late 1960s. While the father was an innovator, the son was a businessman. Having no secession plan for his family, and realizing the company needed to invest more that he was willing toward the future, Mark Andrews Jr. sold his stake in Mark Andy Inc. to Dover Corporation in 1995. In 2006 the company was acquired by Morganthaler Partners, an Investment group and then in 2008 Mark Andy Inc. was acquired by American Industrial Partners (AIP) and MAI Holdings. In the summer of 2014 former Mark Andy CEO P.J. Desai and the Desai Family, along with the Mark Andy Management Team and two co-investors, completed the acquisition of Mark Andy, Inc. from American Industrial Partners (AIP).


After Mike Russell had spent two years in Mark Andy, Dale Bunell Vice President Sales brought him into the sales Department. Dale who is the recipient of the first ever R Stanton Avery Lifetime Achievement Awards in 2004, had a liking for Mike. Dale found out that like himself, Mike was a Private Pilot, a hobby which they both enjoyed. Mike reminisces, he loved everything with a motor, may that be trains, planes, automobiles or motorcycles. Mike along with six other partners, owned a single engine Cessna 172 four place airplane.
Gourav Roy, Mark Andy’s Indian agent ecstatically remembers the time in 2000 when Mike flew him in that plane to Cincinnati to visit the Comco factory, which Mark Andy had acquired in 2001, for a plant visit and sales training on the Comco line of presses.


Though posted in sales department yet Mike did not have to travel much as he was looking after sales administration making contracts and quotations. In 1995 when Mike became International Sales Manager looking after sales in Latin America, Africa, Middle East and Asia Pacific that he started to travel around the world. Before this Mike’s only interaction with customers was when they would come to the company for trials. His first international sales trip was made to Australia where he could register the first sale under his leadership, an MA 4150 Label press, followed by visits to Malaysia, India and China.

Mark Andy was earlier represented by EAC Graphics, the graphic arts business division of Denmark's East Asiatic Co. Ltd. which was subsequently acquired by Heidelberg. With Heidelberg buying 33% of Gallus in 1999, Mark Andy parted ways with EAC as business interests clashed. Mike Russell’s second international sales visit to Malaysia was due to Claus Larsen who had joined Mark Andy because of him and earlier worked for EAC Graphics in India. This also led to Mike’s next visit to India in 1996 when EAC was still their selling arm there. Here he came into contact with Indian label industry veterans Sudhir Samant, Gourav Roy and Vijay Pareek, all three were employed with EAC Graphics India Pvt. Ltd. to sell Mark Andy presses. Now Mark Andy is represented by Flexo Image Graphics led by Gourav Roy. Talking about his first visit to India “This was perhaps the most challenging time” says Mike. Flexo was not developed in Asia, letterpress was the dominant printing process employed in label printing in this region. Mike soon realized that India followed by China were more likely to accept the flexographic printing technology. This made him indulge extensively and succeed in selling the presses making the brand Mark Andy popular in India. Following the initial ground work, there was no looking back and Mike would travel extensively at least once or twice each month to different parts of the world finding success in promoting sales of Mark Andy products. He asserts that in last 5 years the biggest growth has come from the re-established Europe. It accounts for the highest number of presses sold in any region even including the United States. However, the US market still brings in the most revenue due to a higher percentage of complicated configurations, along with the parts, consumable and service revenues inherent to the US market. During his career, Mike has never been part of the North American Sales team. 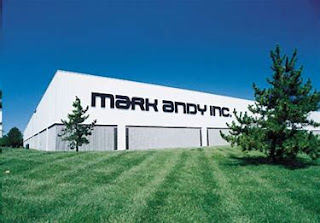 In an evolving market scenario and intense competitive situation, to remain in sound health Mark Andy has invested in new printing converting and decorating technologies. The major addition was the establishment a little more than 5 years ago their Digital Division making their own Mark Andy HD inkjet hybrid press in San Diego, California. They have also added finishing and other offline process equipment to their product program. In 2008 they acquired Rotoflex International (established in 1973), substantially expanding their brand portfolio to include the inspection and rewind solutions. Subsequently to retain a continuous sales and cash flow they decided to set up a consumables division to expand outside the conventional press selling business as well. In 2012 they acquired Print Products Inc., a distributor of flexographic supplies and in the following year in 2013 they acquired the offset supplies portion of Presstek, Inc., establishing distribution of a variety of prepress, pressroom supplies, consumables, and chemistries which includes the renowned A.B. Dick brand. They intend to be the total solutions supplier to the global label industry.
Mike Russell is blessed with two daughters. The elder Ashley is an economist in the oil industry and located in Houston. The younger Lauren is married and works as a nanny or a care taker. Michele, his wife worked in the insurance industry until Ashley was born and later preferred to remain a homemaker. The Russells live in Chesterfield, Missouri, USA, which is very close to the Mark Andy facility. Due to problems with his back he underwent an operation last November, because of which his travelling is reduced now. Mike is starting to think about retirement, as he now wishes to spend more time with wife and children and elderly parents. Since he has never been in charge of the USA market, he has travelled the world but has not had a chance to see as much of the United States as he would like to. Once he retires and has more time on his hands, he and his wife Michele wish to explore their homeland in leisure with an occasional international trip.
Written by Harveer Sahni Chairman Weldon Celloplast Limited, New Delhi India June 2018
Printing Magazines are permitted to reproduce this article giving credit to author.