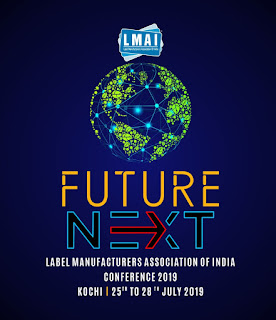 India’s label association LMAI’s 5th biennial conference is planned to be the biggest and most successful event of Indian label industry. The event is scheduled to be held at recently opened property, HOTEL GRAND HYATT, KOCHI, BOLGATTI from 25th - 28th July, 2019. Perched on 26 acres of plush green land on the serene Bolgatty Island, Grand Hyatt Kochi Bolgatty is a waterfront urban resort overlooking the backwaters of Vembanad Lake.

Leading label printing companies and suppliers will meet to discuss, evaluate opportunities, learn and strike business partnerships that shape the future of their businesses in relaxing ambience and surroundings. LMAI conference has been growing in strength and numbers over the years.

The last conference was held at Agra with 550 delegates. The LMAI leadership is expecting the attendance to jump up to 600 delegates. An elaborate knowledge sharing, entertainment and technical program is being put in place to deliver value to the LMAI members coming from all over India. 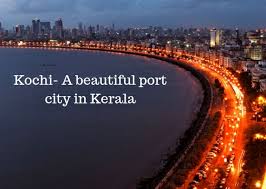 About the city Kochi: Kochi (formerly known as Cochin) is a city in southwest India's coastal Kerala state, fondly referred to as “God’s own country”. It has been a port since 1341, when a flood carved out its harbour and opened it to Arab, Chinese and European merchants. Sites reflecting those influences include Fort Kochi, a settlement with tiled colonial bungalows and diverse houses of worship. Cantilevered Chinese fishing nets, typical of Kochi, have been in use for centuries.

St. Francis Church was the original site of Portuguese explorer Vasco da Gama’s burial when he died in Kochi in 1524. Santa Cruz Basilica is known for its pastel interior, including an imitation by Fra Antonio Moscheni of Leonardo da Vinci's "The Last Supper." Paradesi Synagogue, founded in 1568, features imported Chinese blue-and-white ceramic floor tiles. The surrounding quarter, once home to a large Jewish community, is now filled with antique shops and old spice warehouses. Mattancherry Palace, built by the Portuguese in the 16th century and later renovated by the Dutch, showcases vivid Hindu murals.

Label Manufacturers Association of India, LMAI has a strong support of the label industry suppliers as sponsors which has been growing steadily, making their conference, the most important label event in India.

The following leading industry suppliers from across the world have registered as sponsors and there are still a few more on the waiting list;

The LMAI leadership will soon be closing the registration of sponsorship for this, three nights four days event.

LMAI President Kuldip Goel says, “Unlike exhibitions, the LMAI conference intends to bring together the Indian label fraternity at one venue for four consecutive days. The suppliers get a chance to spend full time with their prospective customers in a relaxing atmosphere” he further adds, “Since many delegates come with family, it brings about a unique bonding within the industry, creating the feel of belonging to a large entity, the Indian Label Family!”.

The conference registration process has started from 1st April 2019. In the first phase registration has been opened for LMAI ordinary or printer members so as to give them the first option for accommodation in the main event venue i.e. Hotel GRAND HYATT, KOCHI, BOLGATTI. Registration will be on first come first basis. Registration for Associate or supplier members will begin a little later. Once the main hotel venue is full, additional delegates will be accommodated in another property i.e. MARRIOTT, KOCHI a short distance from the main event venue. Adequate arrangements are being made to transport delegates to and fro, between the two hotels.

LMAI Conference Chairman Manish Desai says, “We have already held the previous conferences at Goa in western India, Jaipur and Agra in North India and this time we moved it to South delivering value to our members. LMAI being a pan national association is committed to bringing value and fellowship amongst the Indian label community spread across the length and breadth of India”.  He also mentioned that the south India based members who found it inconvenient travelling long distances to north will also be able to attend conveniently and bond with their peers around the country.

Only members in good standing who have paid their membership fees are allowed to register. Non-members can only register by first becoming members of LMAI. This conference is slated to be better and bigger than ever before.

It is time yet again for the vibrant colourful world of labels to congregate in Kochi to experience the friendship and fellowship with global suppliers and competitors.

Posted by http://harveersahni.blogspot.com at 7:33 AM