While the printed decorated and converted product label industry was evolving, in parallel, without making much noise another segment of the self-adhesive labels was growing steadily. These were the variable information labels, plain labels and intelligent labels. This segment was initially the mainstay of smaller label printers with lower capital investments in printing equipment. As demand grew, this segment started galloping by leaps and bounds to eventually surpass the prime label or product label segment in the number of square meters of labelstock used, though turnover wise it remained much lower due to low value addition. In the self-adhesive label industry, it became “the bigger segment”. Jain of Great Eastern Impex. He brought to India price marking labellers and labels from Pitney Bowes USA and later started producing labels himself. Gun labels, as they subsequently came to be called because of the labellers which dispensed these labels look somewhat like guns, started to grow at a rapid pace. They were primarily used to dispense and affix price labels at point of purchase in retail stores and later also used for markings in garment manufacturing. Employees, associates and distributors of Great Eastern saw the market of these labels growing due to the nascent stage, the higher margins provided them enough temptation to breakaway and start their own label producing ventures. More so because the initial investment in equipment was not too high. Vinayak Sud of Liddles had also invested in this segment. With consumer protection laws becoming rigid, price marking labels were banned because prices were required to be printed on the packages or on the product labels affixed on them, this led to a slowdown in demand in this segment. By the onset of new millennium barcode usage had firmly commenced and in 2005 with establishment of GS1 standards, the market for plain labels transformed yet again to grow with introduction of barcodes. When inkjet and laser desktop printers started becoming affordable, important and necessary part of every home, office and factory, demand arose for self-adhesive labels in A4 format as well. These found usage in mailing, logistics and package identification. The variable label and plain label segment became identifiable and growing at a pace quicker than the overall industry rate.   With the advent of CDs becoming popular another segment of plain labels for CDs came around. People could create their own CDs, print labels created on home computers-printers and affix on the CDs. New Delhi based Rational Business Corporation and Mumbai headquartered Technova became major players in this segment. Without much change in their existing equipment their product offerings increased, and they could offer a range that included gun labels, barcode labels and plain labels. From just Great Eastern and Liddles at one time, others who initially involved themselves into this segment were Better labels in Chennai, Interlabels, Super Labels and Tayabi Tags in Mumbai. These were followed by Prakash labels Noida, Shipra Ghaziabad, Rachna Overseas Gurgaon, Dynamic Marking Delhi and a host of traders who not only setup label converting machines but also started to produce labelstocks themselves. After this the market grew phenomenally and hundreds of converters across the country jumped into this industry. This growth brought with it end user demands for innovative and technically advanced labels. Increased government regulations also brought in demand for statutory information with track and trace capabilities. The volumes these converters were converting became huge, with the likes of Prakash Labels alone converting close to a million square meters each month. Margins receded due to intense competition. To remain profitable most of these label producers also traded in accessories like Barcode printers, scanners, ribbons, ink rolls etc. needed for variable information label printing and dispensing at point of purchase. With modern day retail growing, demand for these labels escalated at close to 30% per annum. 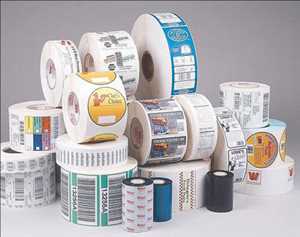 Most of the plain labels were being converted on Indian made narrow web label presses. Notable amongst these press manufacturers are Multitec, Jandu, Webtech, RK, etc. The variable label segment undoubtedly brought growth even to these press suppliers who improved their equipment to be able to produce printed product labels of acceptable quality. This label segment that at one time was the lower end became voluminous. In terms of volume of labelstock usage, it became the “bigger segment”. 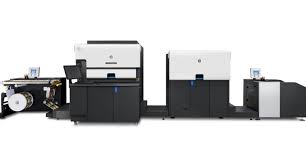 Around 2008 the Annunciation family owned Janus International had made a pioneering move into the world of digitally printed labels in India by investing in an HP Indigo label press. Though the initial days with this technology were extremely challenging due to high costs of equipment and consumables, yet it was agreed that the digital printing technology will persist and grow. Europe and USA were already witnessing the move from conventional to digital. Labelexpo 2009 was a perfect indicator towards a digital future for labels. 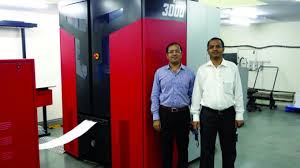 Amar Chhajed of Webtech Labels set the example by investing in a Xeikon digital label press even though it appeared to be an investment made ahead of its time. By 2015 I had interviewed a lot of printers and came to conclusion, that digital will still have to wait some more, yet Amar Chhajed predicted that in another 2 or 3 years, digital printing in labels will start growing. His prediction was correct as in 2018 I wrote “The journey in digital has begun”. 22 high-end digital label presses had been installed in India and number started growing. A year on, the interest in digital printing of labels is gradually becoming an indulgence that is attracting increased investment at all levels. 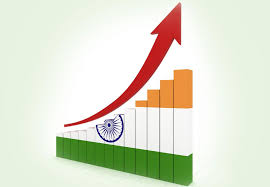 “There is a fountain of youth; it is your mind, the talents, the creativity you bring to your life and the lives of people you love. When you learn to tap this source, you will truly have defeated age” These words came from the famous Italian actress Sophia Loren. So very true! As parents, when people witness their offsprings unfold the talents and creativity they have acquired as they grew up, there is a sense of fulfilment and satisfaction. Every parent strives hard in the given means to provide the best education and professional training to their children, so that they can stand up to the challenges of modern-day competitive living. In our Indian business society, the fathers or for that matter even mothers are natural mentors who guide the youth to eventually grow up to inherit the businesses that they painstakingly set up. It is a pleasure to see the children join you as trainees, gradually transform into managers, become business owners and eventually business leaders. Our label industry which originated in the seventies of the twentieth century, was witnessing a handing over of the baton to the next generation during the first two decades of new millennium. The way this generation moved out of the shadows of their mentors to evolve into professional managers who modernize, expand, systemize and lead the companies successfully to new arenas, is commendable.

Leading the group of generation next and taking over from his father Satish Pai was Gautham Pai, Managing Director of Manipal Press Limited later renamed Manipal Technologies Limited. Manipal Press was started with a single letterpress machine in 1941 and by 2010 had spread to over 600000 square feet with over 2000 employees and state of art machines. While Manipal Press was a predominantly a security and offset printing company yet Gautham lead the company’s foray into self-adhesive labels. They took into their fold Chennai based UPSL, set up label production also in Manipal and in Nigeria. In Sivakasi, Raveendran and his brothers at Seljegat started handing over the decision making to their sons Prashant, Mukundan and Sivanesh.  Gururaj Ballarwad of Wintek at Bangalore toiled hard to achieve a position of leadership for his company. Before Wintek being acquired by ITW he had somewhat handed over decision making to his sons Gopi and Girish both of whom later set up their venture Itekpak also in Bangalore. Vijay Raghavan of Sai Security Printers entrusted his business to elder son in law Arvind in the South and to his younger daughter Priyata in the North. Pramodh at Global Printing and Mahaveer at Mahaveer labels were other youthful leaders at Bangalore, designated to lead the label businesses of their companies. At Hyderabad, Pragati Offset has been a highly successful and celebrated offset printer who has invested extensively into self-adhesive labels. The charismatic Narendra Paruchuri has transformed the label business to levels comparable to the best in the industry. The shots are now called by his sons Hemanth and Harsha.


In Mumbai The Kapoors of Jaikaushal Industries and R K Papers fame Surendra Kapur and Jatinder Kapur had mentored their generation next comprising of Himanshu, Karan and Rahul to promote and take their new venture J K Fine prints to success.  The Khannas of Ajanta Printarts had let their scion Chandan Khanna to lead their journey into labels as Ajanta Packaging. Jagdish Zaveri of Total Print left it all to his soft-spoken son Sandeep Zaveri.

Joe Annunciation at Janus International after three Gallus presses and an HP Indigo press almost retired as his sons Denver and Janus started delivering success.  The young brother and sister team of Santosh and Sandhya Shetty surprised all in the industry when they bought the brand new Nilpeter to announce their entry into self-adhesive labels in 2008. Rohit Mehta son of Ajay Mehta of SMI Coated papers mentioned earlier herein, was leading the company to global standards. In Aurangabad the feisty Ramesh Deshpande found time for social and industry issues because his son Hrishikesh was holding fort. In Ahmedabad it was Meet Pandya son of Bakul Pandya of NP Label, Nirav Shah nephew of Kamlesh Shah at Letragrafix.  Heading North, the author would not like to miss out on the own handing over the charge to sons Pawandeep and Kanwardeep. Pawan has been instrumental in changing the company from being a mere labelstocks producer to a total solution provider for the label printers. Jain Transfer and Monarch Graphics at Noida experienced the change with Rishabh, Parshav and Bhrigav; sons of brothers Sudhir Jain and Pavail taking charge of their respective businesses after separating amicably. Anuj Bhargav of Kumar Printers has gone it alone and maintained the trust of his mentors from day one. Kuldip Goel of Any Graphics has always had a passion to attain the ultimate in quality in labels, they moved into a brand new 100,000 square foot factory in 2009. He proudly says that most of the decisions have originated from ideas given by his son Naveen, including the further expansion to start building an even larger factory over a 15000 square Metres plot in 2019. Others who passed the baton to their next generation include P C Jain of Great Eastern to Shakti Jain, Prem Khanna of Rachna Overseas to Karan Khanna (a young son and entrepreneur who unfortunately passed away untimely), Ashok Nerkar of Unique Photo Offset to sons Gautam and Humbeer and many more such cases. The list of these youngsters is exhaustive. These young managers were like an aromatic fresh breeze blowing over the Indian Label Industry!

Note: No one is authorised to reproduce, copy or reprint this article until permitted by the author in writing.
Posted by http://harveersahni.blogspot.com at 6:31 AM