This is the final part of History of Indian Label Industry” up to third quarter of 2019 written by the author. The history would look incomplete if mention was not made of those who started their label journey from scratch or very humble beginning and then rose to a pinnacle achieving success not only in the home market but also internationally and continue with their journey to greater heights.

From the start of new Millennium in 2000 until the time of writing this part of the history, enormous changes have come about in the Indian label industry. Label printing companies who started from virtually nothing, grew and spread to multiple locations. Some of the bigger ones on the way, decided to sell out to or partnered with foreign companies who were entering the Indian market for label manufacturing. Label, being a miniscule portion of the total packaging cost of a product, does not deliver very large turnover as compared to that of package printing or flexible packaging companies. However, it does generate relatively higher profit margins than that of high turnover package printing industry. For this reason, we did not see any label companies in the earlier part of the new Millennium who could reach a coveted target of Rupees 100 Crore or a Billion Rupees as annual sales turnover. However, some packaging companies or multinationals who invested in labels as well, were above this figure. It was incredible that at least three Indian startup companies who started their business purely with stickers that later evolved as labels, grew to cross Rupees 100 Crores turnover or more in 2018-2019.

First among them is Manish Desai led Mudrika Labels. Sandeep Desai working at a greeting cards company started trading in stickers that he outsourced in 1975 and a year later he started screen printing them at home. His 10-year-old cousin, Manish was always excited to see stickers being made. In 1977 Sandeep moved his sticker manufacturing to a 500 square feet factory in Malad. In 1985 they started outsourcing pregummed sheets and get them printed on offset to finally finish them to be stickers at their factory. They grew and expanded into packaging, making cartons and corrugated boxes. Sandeep eventually moved into packaging and the young Manish who had labels in his heart, in 1996 expanded into labels with Kopack label presses and later many Gallus presses. He further expanded integrating backwards to produce self-adhesive labelstocks and collaborated with a Korean company to produce heat transfer labels. By 2019 Mudrika labels were working out of 100,000 square foot shop floor, 550 workforce to achieve a Rupees 160 Crore (1.60 Billion Rupees) annual sales turnover.

The second person to achieve this Kuldip Goel of Any Graphics started from very humble beginnings. At a tender age of 14 years he started making stickers by screen printing manually himself to earn some money while still in school. He did this in his one room home. Despite extreme hardships in life he remained honest and focussed on providing the best in quality and indulging in innovation. In 1989 he started his maiden venture Stickline in Noida. By start of the millennium Kuldip’s company Any Graphics was recognised as one of the best label manufacturers in quality and one that never cut prices to get orders but prove their innovative capabilities to convince customers. From mere screen printing he went on to add dome labels and letterpress printed labels in his portfolio. In 2009 he moved to a 100,000 square feet clean sanitized dust free factory adding, Heidelberg Offset Presses, Orthotecs and a fully loaded Omet flexo and screen combination label press. He also became one of the largest makers of rigid boxes. By 2019 he had crossed the Rupees 100Crore sale without compromising profit margins and becoming one of the most awarded companies in India. In 2019 he commenced construction of a certified green factory spread over 15000 square meter plot size and 250,000 square feet shop floor.

T he third printer who grew in similar pattern, a stout follower of Lord Shiva who greets people with, “Jai Bhole Ki” (Victory to Lord Shiva, lovingly referred to as Bhole) Sanjeev Sondhi, started his career as a medical Representative and carried on in the profession switching jobs until 2005 when he decided to trade in Barcode labels, printers and accessories. He was looking for bigger things in life! Two years later in 2006 he launched his maiden start-up venture Zircon Technologies India Limited with a Mark Andy 2200 Label press in Dehradun. Being a salesperson himself he drove the company in fast mode expansion and in a few years added multiple Mark Andy and Omet label presses which include the high-end combination Omet Vary flex 430mm. In just 15 years of inception Zircon crossed the Rupees 100 Crore reaching 120 Crores annual turnover mark coming purely from label manufacturing, “a record in itself”! While other successful label companies at this stage would look for foreign suitors, Zircon in 2019 was the first totally indigenous label manufacturing company planning to go public to raise capital for future expansion. They got the approval from SEBI in November 2018 with plans to open a 90-100 Crores public issue. Waiting for an appropriate time to launch their public issue Zircon continued to grow and invest in expansion. Sanjeev hoped to invest 80 percent of the receipts in expanding labels business while the rest in other allied products. Sanjeev was even looking at inorganic growth by indulging in Mergers and Acquisitions. With 3 factories in Dehradun and one in Chennai Sanjeev Sondhi aims to grow multi-fold with blessing of Bhole (Lord Shiva). 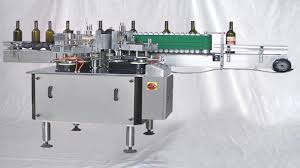 Having achieved such success through sheer commitment and hard work it is natural for companies like the three mentioned above to look at other avenues in synergy with their business to achieve a faster growth. All the above, while they continued to be proud of their beginnings and aware of the evolution, started to study or invest in new technologies.  We had reached a time when multiple labelling technologies surfaced, and future had many surprises in store. From the primitive times when a label had to be either tied to a product or riveted on to it or affixed with a wheat flour paste, we believed to have reached a pinnacle when self-adhesive or pressure sensitive adhesive labels that were developed and grew to establish as a predominant labelling technology. Initially it was the manually applied wet glue adhesive paper labels that were in use. With development of starch and dextrin-based glues and availability of automatic wet glue labelling equipment, wet glue labels became the most widely used method of labelling. Most of the organised industry employed packaging lines incorporating wet glue labelling. It was used in all segments like pharmaceuticals, Liquor, cosmetics, oils and in fact most of the products that were packed in glass bottles or metal cans. When plastics, mostly HDPE (High Density Polyethylene), started to evolve as a preferred packaging material for glass bottles and cans due to ease of manufacturing, reduction of freight due to lighter weight per can, possibility to produce in different shapes and colours, labelling with starch or dextrin based adhesive became a challenge. This change was taking place during the 1970s and 1980s. Since HDPE is a low energy material, paper labels with water-based adhesives made from various gums, starches and dextrins would not anchor on to the containers or would fall off in transit. Labels with pressure sensitive adhesives or stickers had already started being made initially by screen printing methods and later by offset printing, these labels would stick well just by application of pressure. They did not have to wait for drying and could be packed instantly after labelling while the wet glue labels would have adhesives oozing out on the sides and attracting dust and shifting in packing process, adversely affecting the aesthetics. More and more companies were opting for these stickers.
Towards the end of last century self-adhesive labels evolved in roll form and the automatic labelling equipment for pressure sensitive adhesive labels became available. Many companies did resist shifting from wet glue to self-adhesive due to the high cost of label applicator replacements. This is a big challenge that the likes of printers mentioned above faced and yet with their firm resolve they became a part of the change that brought them success. As the retail became dependent on customer choices and there was need for better decorated labels, self-adhesive labels became the preferred labelling technology and grew at fast pace. In between screen printing on containers also started but a slow process that did not have much decoration as compared to printed labels, it did not grow as a preferred process. Self-adhesive grew so much that it became almost 50% of all the labels produced in India. As we entered the new millennium and started looking also into future the thought process for future of labels is becoming extremely diverse and evolving in different tangents. Shrink sleeves came in to take away a big market share given the possibility of 360 degrees visibility. Wrap around labels also became extensively used in the beverage segment. Heat transfer label technology that had originated as Therimage Label technology developed by Dennison Manufacturing company in USA in the 1990s did not flourish then because Avery, who acquired Dennison, did not promote it as it was not in sync with their core business of self-adhesive labels. Once the patents expired, the Heat Transfer Labels or HTL reappeared in the second decade of new millennium and started growing. In mould labels is another labelling technology that had found usage in many segments and started registering growth in large volume usage. At this time, I try and link the changes to the three above who understood the need to expand the scope of labels in their business portfolio. While Mudrika as I mentioned invested in heat transfer labels, Any Graphics into innovative labels and rigid boxes and Zircon also started moving into brand security and innovative packaging including spiral wound containers.
Around this time environmental concerns also impacted the self-adhesive label industry as almost 50% of the converted product is waste going to landfills. Much work was being done on this to reduce the liner tonnage by opting for thinner filmic liners that can be recycled and by developing linerless labels. Digital printing on to the products is another technology that may replace some of the usage of self-adhesive labels. All said and done, the sheer market size in India and the inertia, brings business to all label technologies and for this reason the self-adhesive labels market continued to grow at double digit rates. The industry will keep evolving both in terms of quality and innovation as also taking environmental concerns in its stride.

In over a year, as another decade ends, the author will update the history on the outcome of such endeavours. The total History as chronicled by the author until now is now available on this blog on links as below:

Note: No one is authorised to reproduce, copy or reprint this article until permitted by the author in writing.
Posted by http://harveersahni.blogspot.com at 6:44 AM