Toronto is the most populous city of Canada with the almost 6 million people in greater Toronto Area and a large chunk are immigrants from across the world, a substantial number also from India. The weather in Toronto varies from as low as -30 degrees Celsius to a high of +30-35 degrees in summer. For this reason, summer is something that the Toronto based Canadians love and dread the frosty winters. Towards end of summer 2018 in the first week of October, the author got to meet for breakfast with Ram whose full name is Ram Ramkumar, a partner in a successful growing and leading label manufacturing company, ASL Print FX originally called All Stick Labels. Toronto has a fair number of Indians in the label industry. The first question that came to mind was why his name had Ram twice in it. Well the answer was fairly simple, in his family the father’s name comes first followed by the person’s name. He had been named Ramkumar and his father’s name was Ramamritham so actually Ram’s full name is Ramamritham Ramkumar which in Canada was shortened to Ram Ramkumar.

Ram’s father Ramamritham born in 1917 passed his electrical engineering from The Indian Institute of Science Bangalore in 1938. Thereafter he joined HAL (Hindustan Aeronautics Limited) who in those days were building gliders that were employed in the second World war by the British. Later while working for the Tata’s Dumdum Airport in Kolkata he got a scholarship to pursue his Masters in Aeronautical Engineering from New York University. He qualified as India’s 2nd Aeronautical engineer. He spent a year of training at Boeing in Seattle before returning home to join the civil aviation department in 1948. He was subsequently elevated to be Director General of Civil Aviation (DGCA). He retired in 1976. Ram’s elder brother who also graduated from the Indian Institute of Science migrated to UK to complete his doctorate in metallurgy from Imperial college of Science in London. He then took employment in various organisations viz. Atomic Energy Commission USA. He moved to Canada in 1971 to work for International Nickel Company INCO and returned home to run steel rolling mill owned by his in-laws. He came back to Canada around 1997

Ram Ramkumar born in 1951 did his initial schooling in MEA High School in Delhi also known as “Madrasi School” followed by metallurgical engineering from IIT(Indian Institute of Technology) Kanpur in 1972, then moved to Canada to pursue MBA from the university of Toronto and did not return back to India after that. He started to work for an accounting firm Clarkson Gordon which later became a part of Ernst & Young for the next 7 years, initially for 4years in audit and later 3 years in business valuation. In the process of business auditing his first client was a person named Robert Zoeblein who saw huge potential in Ram and started to mentor him in running business. 7 years later Robert reached out to Ram and hired him as General Manager of his wooden furniture manufacturing company REFF, to set up systems to run the company efficiently with aim to go public. Post the public issue, flush with funds and wanting to expand, they bought controlling interest in a friend’s Metal furniture manufacturing company. Ram became a shareholder and President of the metal furniture manufacturing company. Their fruitful efforts brought results such that their share price escalated substantially, moving ahead Robert and his partners sold the company REFF to a US based company and they acquired the remaining shares of the Metal furniture company. Sales grew from 20 million in 1989 to 170 million CAD in 2001. In 2004 the accountant cum management skills in Ram resurfaced and there was yearning to change, so he retired from that business and became an investor. 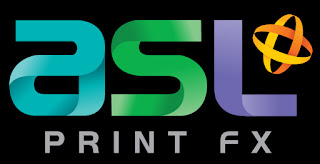 In 2008 he and his friend Bob invested along with another friend Charlie (CEO) and Stacy (VP Operations) to acquire balance of shares owned by the founder of a flexographic printer which had been founded in 1965. Charlie and Stacy are running the business while the other two are investors. They renamed the entity as ASL Print FX as it exists now. This was Ram’s entry into the colourful world of labels!

The four partners have constantly put in hard and dedicated efforts to drive growth into this venture. Over the years they enhanced the label production and decorative capabilities to include use of special inks, special varnishes to give textures, embossing and debossing, hot/cold foiling, 100% inspection/defect detection, fully integrated colour management systems, captive plate making and an inhouse ink kitchen. Sustainability and environmental concerns are taken care of by using FSC certified and recyclable materials. Flexo and digital printing capabilities makes it possible for them to cater to both long run and short run job demands. Additionally, they have a label manufacturing facility in North Carolina USA. In around 2012 they added envelope manufacturing in Toronto. Looking at the potential of creativity and growing demand of wine labels they have recently setup another label production facility in Napa Valley, the wine producing region on the US west coast for production of wine labels. Whenever the unit faced challenges the partners decided to upgrade equipment with increased automation in production equipment and in workflow to achieve increased productivity and efficiency. Each week the four partners meet to monitor the operations closely. They believe that if their team does not hit the target decided, it is imperative to bring about a change. All jobs in the company are evaluated for the time spent on it along with profitability achieved. They review the targeted cost and actual cost of production constantly. They are a highly awarded company as their labels have won at various global competitions. They have ten fully loaded flexo presses that include Gallus, hybrid MPS additionally they have digital printing capability through an affiliate having HP indigo digital label press, they operate out of almost 50,000 square feet of shop floor and a workforce of almost 100 persons from three locations i.e. Toronto, Winston Salem North Carolina and Napa California.

Ram’s wife is a home maker and they have two sons. The elder Nikhil 41 years old with background as a copy writer in advertising, now works as a Manager of Communications. Nikhil has four children aged 8 years, 6 years, 3 years and 3 months. The younger son Ajay 35 years old is a lawyer.

As regards the label business Ram believes that growth especially in a complex business, like printing, is happening due to a commitment to continuing investments in the best equipment, excellent employees and pursuit of excellence.

Posted by http://harveersahni.blogspot.com at 11:56 PM No comments: