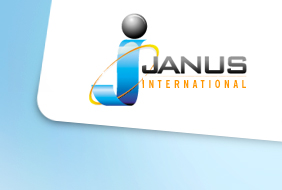 Sometime during the spring of 2002 while I was camping in Mumbai, a father son duo came to meet me to seek my advice on the way forward in their label printing business. They were making labels for beer and liquor companies by outsourcing printing from sheetfed offset printers and then embellishing them at their factory, Hot foiling, Embossing, Die-cutting, etc. They were at that time deciding to go in for a narrow web label printing press. By the time the meeting ended they were sure that they will invest in a new label press of international brand. The duo was none other than, Joe Annunciation and his younger son Janus, he has another son Denver. They had been considering a Mark Andy press earlier when it was sold by EAC graphics. Meanwhile Heidelberg had acquired EAC and had also invested substantially in Gallus in 2003 due to which it came within the Heidelberg portfolio replacing Mark Andy, the Annunciations were inclined towards Heidelberg as their printing vendors had their equipment and spoke of their unmatched service support in those days. This situation motivated them to finally settle for a Gallus EM280 label press to initiate their journey into narrow web label printing and converting.

Joe Annunciation a B.Sc. in chemistry started his career with Colour Cartons a leading package printing company of that time. Joe had the unique distinction of being the first chemist ever to be employed by a packaging company in India to work in their laboratory. While he was still at Colour Cartons, Joe got an opportunity to work in a Dubai based plastic molding company Cosmoplast which he readily accepted and relocated to UAE. Cosmoplast are manufacturers of Industrial, household moulded plastic items and disposables. Here at Cosmoplast he shifted to marketing. His elder son Denver was born in 1980 while they were in Dubai. As time passed, Joe ventured out on his own. Given his technical knowledge, he started trading in Plastic Bags, travelling, and selling in the entire Gulf region. He envisioned setting up a manufacturing facility of his own someday, so kept remitting his savings back home. In 1985 just before the birth of his younger son Janus, it was time to head home and initiate his own business. Joe and his wife Lourdes, a homemaker, returned to Mumbai and set up the family’s maiden corrugated carton manufacturing unit in partnership with Joe’s brothers. A decade later he parted company with his brothers and in 1996, he set up his present labels printing company, Janus International.

Joe’s elder son Denver Annunciation who now runs Janus International along with his brother Janus, did his earliest schooling in Dubai but on return to Mumbai went to boarding school for further education. Denver attributes the time at the boarding school as the most rewarding in shaping up his career. Post school he completed his B.Com. from SIES College Mumbai. He wanted to study further and become a computer programmer but due to his father’s problem with his eyes, in 2001 he joined the family business working initially in the accounts department besides assisting his father in production. Within 2 years of his joining, the Anunnciations invested in a 5 colour Gallus EM280, since it was a 5 colour flexo press, they impressed upon customers and converted most jobs to suit their equipment. The first label that they printed on their Gallus label press was for Cannon 10000 beer. 5 years after Denver joined business, his brother Janus also joined strengthening the team to expand and grow the company. A challenging time came when their regular customer Shaw Wallace got acquired by Sab Miller. The auditor from the new team at Sab Miller had different parameters to assess the vendors and reduced their business substantially. A persistent Denver took that in his stride, worked harder to grow the business exponentially. From just one press in 2003 they had installed 4 presses by 2008.

In 2006 Denver while still working joined S.P. Jain Institute of Management and Research to complete his MBA and then move to head the marketing and sales operations at Janus international. His brother Janus also followed Denver’s footsteps and pursued further studies to get an MBA degree. While at S P Jain, a professor impressed upon Denver the unique model of Toyota whereby they could produce even one unique car. This had impacted his mind immensely, more so because they were already loaded with bulk manufacturing of beer and liquor labels day after day. Denver found this too monotonous and tiring without much innovation, even after registering a whopping 80% growth rate. He started thinking of the unique Toyota concept that his professor had advocated. Digital appeared to provide him the solution to diversify into an exciting arena of change and unique concept of creativity in short runs and catering to a much larger customer profile. At this time, they took the pioneering step of being the first label printing company in India to invest in an HP Indigo 4500 label press. Denver and Janus decided to visit Drupa in Dusseldorf and finalise the deal for an HP Indigo, but they were worried about the existing business in their absence for the long time that they would have to spend at Drupa. Fondly Denver reminisces that a day before leaving Janus accomplished a gigantic task of proofing 56 jobs in a single day so that things would run smoothly in their absence.  At Drupa they signed the deal to invest in an HP Indigo 4500 Digital Label Printing Press. They had finally the capabilities to print Offset, Flexo and Digital.

It is normal that when one indulges in a new technology there are many glitches and it becomes continuous learning until you stabilize and settle down to a comfort level. At Janus International it was no different, but Denver is appreciative of Ajay Rao Rane, then working for HP, who helped him through the learning process. They had to test printing on all different materials, learn the primer coatings and other operational nuances. Now the brothers are adept in the digital label printing technology. They are capable of catering to a diverse range of customers offering short runs, immediate deliveries and customized jobs with variable information. 11 years after buying the HP Indigo 4500 they decided to upgrade the machine to HP Indigo 6900. Allowing Janus International to offer customers options such as shrink sleeves, cartons, pouches and in-mould labels. The upgrade has also enhanced Janus’ capabilities to address the requirements of a wider variety of brands, including small and medium-sized enterprise (SME) clients, for fast short-run production and packaging.  With this installation they can print wrap-around labels, pouches, IML, lamitubes, security labels, pressure-sensitive, shrink sleeves as well as folding cartons. Gradually the customer base swelled from 14 customers to reach over 350 customers.

Looking back, Denver feels some of the events that have brought him happiness and success include the decision to join a boarding school, join S P Jain for masters in business administration and his meeting Wilona, his wife and marrying her. Dr. Wilona Annunciation is an MD MBBS, a successful psychiatrist. The couple is blessed with two children, a daughter Allyssah 9 years and Aeyden 7 years. Denver still nurtures his passion for IT and IT related activities, as he grows in business, he wishes to someday become an industry consultant related to IT enabled print services, digital printing being an important part of such services. 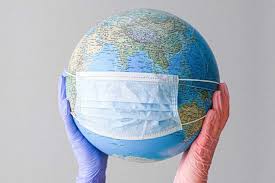 Facing the pandemic, lockdown and restarting production, the Annunciation brothers say, “There was no change for us, we have been investing in workflow management and automation for a couple of years now. We could start production in 4 days with just 5 workers”. They had got permission to restart as they were supplying to manufacturers of food and pharmaceuticals which are termed as essential supplies. They have adopted the standard safety procedures as recommended by the government. As regards future growth Denver is not really interested in just growing the topline. It is the bottom line that makes him more indulgent. The company with their efforts, has attained a certain level of inertia and will keep on growing in the normal organic way. Janus International now operate out of a 30000 square foot factory at a single location with 11 presses, 110 people 6 flexo label presses, four sheet offset presses and one HP Indigo 6900 digital label press. 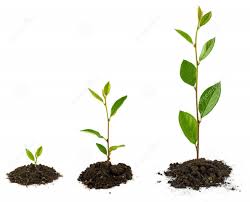 Commenting on the evolution of new label technologies like linerless and direct on product labeling, he is not worried and feels that as the human race grows in numbers and lifestyles change take place, need for labels and packaging will remain an imperative. The new technologies will not take away a growth, this industry will remain vibrant and we intend being there through all the change. Nowhere is anyone saying that a label will cease to exist. Just the technology to produce and deliver the same will change. We will need to evolve with the technology.

Posted by http://harveersahni.blogspot.com at 1:26 AM No comments: