A landlord’s journey into a world of labels 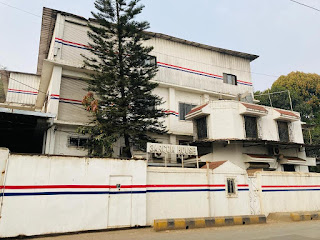 In just about 15 years of inception Barcom Limited based in Vasai (formerly and alternatively known as Bassein during Portuguese rule) a historical place and an important city in Mumbai's western suburbs, reached the stature of being one of the leading label manufacturing companies in India with an impressive client base consisting of leading brands of FMCG, Pharma, Liquor and Lube oils. Prasanna Sahu promoter of Barcom belongs to a family of landlords with substantial rental income based in Cuttack, the former capital of Odisha (formerly Orissa), an eastern Indian state on the Bay of Bengal, which is known for its tribal cultures and its many ancient Hindu temples. Odisha is an Agrarian State. Almost 70 per cent population of the State are dependent on agriculture resulting in low per capita income in the farm sector. Prasanna did his initial schooling and college in Cuttack and then completed his engineering from Basaveshwar Engineering College, (Karnataka University, Dharwad). Prasanna was not interested to sedentary lifestyle living on just rental income as a landlord, the entrepreneurial urge was there in him. In 1998 as a result of campus placement he joined AIWA, the consumer electronics company in Baroda as a process head for music systems. Three years down the line in the year 2001 Prasanna was yearning to move  from Baroda and do something different. With his brother-in-law who was then the Vice President in Sun Pharma, a leading Indian Pharmaceuticals company, he moved to Mumbai. 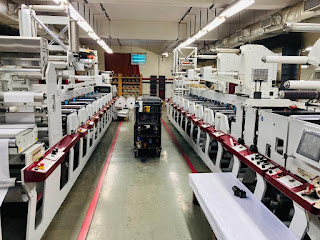 He started to outsource labels and selling to customers. The success led him to setup his maiden startup venture Barcom Industries Limited in the year 2002 with a used four colour Mark Andy 830 label press. Prasanna had no experience in printing, he is proud to say that he is a self-trained person. The old 4 colour press had a limitation of colours yet he would not say no to any customer who needed a job that was more than 4 colours and whenever it became necessary, he would outsource the labels for his customers. Such was his passion to succeed and excel that in 2006 Barcom invested in their first new machine a Mark Andy Scout. After their first big order of 10-12 Lakh labels from a chemical company they have not looked back. Prasanna’s passion for achieving a pinnacle made him move on at a rapid pace. There was no stopping as the company kept adding a new Label printing machine and complimentary equipment almost every year thereafter.
Talking of challenges in the way, Prasanna reminisces that in the earlier days imported rotary dies for short runs were not available quickly enough and for short runs they were using  servo driven flatbed die-cutting machines, dies for which could be made locally within a day. Unfortunately, while running a job for a very important customer they got stuck because of defect in the servo drive of the machine. There was no way they could stop work and tell the customer about delay; it would have cost them a very precious customer. To address the problem, they rushed an employee by air to Bangalore where the servo drive was available and return by next available flight so that the customer’s supply is not delayed. Right from almost their inception they have worked on two ten hour shifts whether they had orders or not. This was to create a pressure on selling because the expense in running the plant is ticking and a steady flow of orders is an imperative. How else can one grow he feels, he asserts that a label printer starts to make money only if he operates on 2 shift basis. Even then the return on investment is 5 years. They have invested in proper shopfloor setup to work in a clean room environment as they cater to the pharma segment as well. It is another thing that now most big companies insist on such practices and want the vendors to be responsible manufacturers. They have invested to conform to all governmental compliances and are now an ISO certified company. 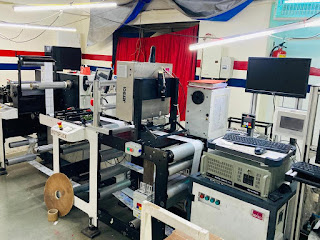 Prasanna is only one from his family of 3 brothers and 3 sisters besides their parents, who is now living in Mumbai, the rest of the family stays in Cuttack. He has been married for the last 14 years; his wife Sangeeta Sahu is a home maker. Over the years he has also diversified into other businesses that include an architectural glass processing unit for glass used in large buildings and airports. He also has a Mahindra certified service station. Covid-19 has left a vacuum in the past year, but they are steadily bouncing back to normalcy. Looking at future, they have decided that when things improve post COVID-19, they will plan further expansion with a new unit in Odisha and finally expand to have multi location presence. As per Prasanna, India still has a lot of scope in labels, “we are doing only 50% of what comes our way” he states. In fact, with regards to adopting new technologies they already have digital printing capabilities after installing a Digital Label press 3 years back. However, he feels that even though digital printing is the future yet presently digital inks are too costly and are a deterrent but with increased indulgence the prices will become affordable and surely when the time is appropriate Barcom will invest in more advanced Digital printing equipment or Hybrid equipment to gainfully employ usage of diverse printing technologies. Presently in Barcom, Prasanna has another partner Keshav Karapurkar, as Director in the company. 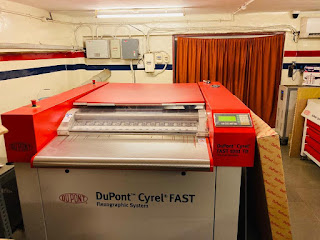 Barcom has been continuously registering a growth rate more than 15% for past many years. The whole unit is in a single premise in Vasai, working from a shopfloor area admeasuring 32000 square feet and 210 strong work force. As mentioned earlier they have been adding a press almost every year but have had to pause last year because of the pandemic and now they need to wait for the situation to get back to normal before they expand more. They have capabilities to print flexo, screen and digital with a fleet of 10 label presses (Two with Rotary Screen), 2 digital printing machines, one offline screen-printing machine, 9 slitter rewinders with inspection and a long list of allied equipment. They are confident about returning to positive  robust growth as Prasanna says there is still a huge segment of wet glue labels that is existing, providing room for switching over to Self Adhesive Labels and furthering the growth in this segment. He is definite that in 5 years he will be able to double the turnover of Barcom. He has the financial capabilities to invest in new expansion, new businesses and new technologies to cater to the needs of an elite client base that he has developed over the years.

Posted by http://harveersahni.blogspot.com at 9:42 PM