Narinder Chhatwal hailed from a family of traders in Lyallpur, a city which is now in Pakistan after the partition of India in 1947. Lyallpur was named after the founder of the city the then Lieutenant-Governor of the Punjab, Sir James Lyall, for his role in establishing the canal colonisation project. In 1977 the Government of Pakistan changed the name of the city from Lyallpur to Faisalabad (‘City of Faisal’) in honour of King Faisal of Saudi Arabia, who made several financial contributions to Pakistan. Faisalabad is the third-most-populous city in Pakistan after Karachi and Lahore, respectively. It was in the turbulent times of 1947 during the division of India into India and Pakistan, that the Chhatwals migrated to New Delhi. After completing his schooling, Narinder Chhatwal took up a job in the iconic Kwality Restaurant in coveted location, New Delhi’s Connaught Place, a venture set up in 1940 by P L Lamba and his brother-in-law I K Ghei who grew it as a multilocation restaurant chain. Narinder worked there until 1961. There was a strong urge to have his own business, so he set up a unit to produce ice cream cups but as situation warranted then, he left this venture and rejoined Kwality Restaurant yet again in 1964. Despite the stable job, the entrepreneur in him was restless and the urge to set up his own production unit re-surfaced and he finally quit the job permanently to start a printing unit nostalgically named Kwality Carton Manufacturing Company, in a single room rented at Kirti Nagar, New Delhi in 1966-67 using the manually fed treadle letterpress printing machine. He manufactured Ice cream cups, lids, cartons for Ice cream bricks and in fact a host of printed packaging items. In 1971 he could get an allotment for an industrial plot from government at Naraina Industrial Area and he moved the unit to this location where from, they operate to this date. 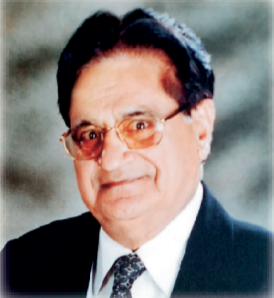 A little over a year after moving into their Naraina factory they bought their first offset printing press, a 712 single colour Dominant, a year later they bought another similar press and followed it up with a 714 Dominant. Falling short of space, the adjoining building was available, so they bought it as they were growing. In 1982-83, expanding further they acquired a two colour Planeta. Once into offset printing, Kwality was in expansion mode, they were adding equipment every alternate year. At this time, they renamed the company as Kwality Offset Printers. In 1986 Narinder Chhatwal’s son Rajeev an 18-year-old had joined business. Rajeev did his initial Schooling at Springdales School Delhi followed with graduation from Delhi University. The post partition Punjabi families who left all that they had, back in what had become Pakistan were hard working and were quick to start from scratch to regain their stature by sheer hard work. The second generation were all following their father’s footsteps and would be helping their parents in the work, spending time after school or college on the shopfloors of their startup units. For them, the shop floors became the training ground, and they learnt the nuances of business hands on. Rajeev was no different, with a  father like Narinder mentoring him and passing on the experience to his son who was a quick learner, he settled down in the business quickly. He however did go for a short training program at Heidelberg Germany. With his joining in, the business accelerated and soon the space in their Naraina factory was again falling short. In 1988, they bought out yet another next-door unit to make room for more production space so now the factory is operating from three adjacent plots. The same year they bought their first four colour offset press a secondhand Roland. Expansion became a routine process. They believed and were convinced that as far as possible it is better to operate from a unified single location in one city. This way the management which was Narinder Chhatwal, and his son Rajeev Chhatwal were not split and would remain a support to each other. 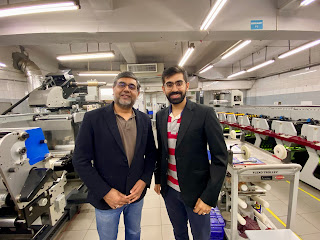 Until 1995 Kwality offset was producing Cartons, some commercial printed items and wet glue labels. In 1995-96 they decided to become a hundred percent label manufacturing unit which was only wet glue labels. The story of their entry into wet glue labels is interesting. In the early 1990s when the number of breweries started to grow and bottling speeds were on the rise. To label bottles at 250 bottles per minute, the labels needed to be perfectly die punched and stacked to run on highspeed lines. The normal flatbed dies would not work well. Kwality, because of their experience in ice cream cups and lids production were well versed in ram die punching and their workers were well trained in the process. Their manufactured labels ran extremely well on the high-speed labelling machines at breweries and distilleries and soon the word spread of their capabilities. This helped them get the orders from many other breweries and liquor producing companies. It was just a matter of time that they became the largest suppliers of wet glue labels in north India, though they were supplying pan national. It is interesting to note that normally people print and then get into label finishing equipment, here because of their knowledge of finishing the ice cream cup lids by hydraulic ram punching got them into high end big volume label printing. Their first customer for beer labelling was a government owned Haryana breweries at Sonepat making a popular brand of beer those days “Rosy Pelican.” Their success in making the perfectly die-punched wet glue labels also got them their first break in corporate world with orders from the multinational brand owner Nestle. 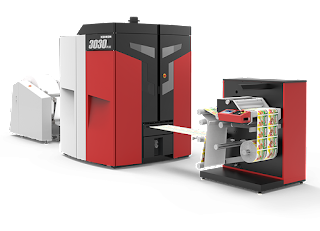 It was in the year 2000 when self-adhesive labels were gaining in popularity, the Chhatwals invested in a Mark Andy 2200  narrow web label press and in the following year, they also increased their investment in sheetfed offset by installing a six colour Heidelberg press. In 2002 they installed another sheetfed offset a five colour Roland with UV and online coater. Hereon, expansion became an ongoing process, they added three Mark Andy presses, a Gallus and a Xeikon in 2018 to make their entry into digitally printed labels with an ABG Digicon series 3 finishing and embellishing machine, which also has hot foil stamping , embossing and screen-printing capabilities. These investments enabled them to add multiple security features on labels. Increasing their footprint in flexo they also set up inhouse platemaking with Kodak Flexcel. Rajeev’s father Narinder Chhatwal passed away in 2008 until when, he was still attending business, though the reins had been passed on to his son Rajeev. 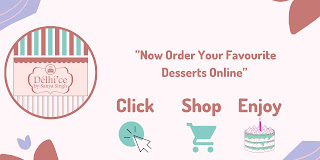 Rajeev’s other siblings include a younger brother who is into real estate and a sister who is a homemaker. His wife Shalini is also a home maker. His son Krish completed his business management from Sydney and joined business at Kwality offset four years ago. Two of those initial years were passed in facing the pandemic and last year in 2021 he got married. Krish’s wife Sanya, an expert in baking, after completing a course from APCA Malaysia, is running her own business, a bakery named Delhi’ce in Gurgaon making specialty cakes. Rajeev’s daughter recently completed her study in architecture and is now pursuing her career as an architect. 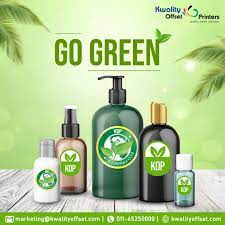 Having put in place a full-fledged team to manage all production, Rajeev, and son Krish personally look after sales and marketing. While Krish looks after all new customers, Rajeev manages and caters to, and successfully retains all old customers. The present spread of business is with three flexo presses, one digital label press Xeikon, Abg digicon, one Roland and one Heidelberg sheet offset press in a shopfloor admeasuring approximately 60,000 square feet. Total workforce is 130 persons all in one location at Naraina Industrial Area New Delhi. With no more space left for expansion at present location, they have bought a 2200 square yard plot at Manesar south of New Delhi for another factory to fuel their further expansion. When asked about future plans, Rajeev expresses that they are not really concerned about just volumes, they are more oriented to implement better and innovative technology and be profitable to grow the bottom line instead of focusing on bigger turnovers. Kwality has been growing at about 10 percent per annum and they are committed to maintain the growth rate. Conscious about the environment they have tied up with approved and certified waste management agencies as also cooperating with Avery Dennison on their waste management endeavours. They even try and source most of their paper materials from FSC certified vendors. Despite the aftereffects of pandemic, the father-son team are committed and firm to keep the expansion and investment in new technologies an ongoing process. Their resolve years ago to give-up cartons and other commercial printing to stay with 100% manufacturing of labels is unique in today’s situation. These days offset printers do integrate forward to produce labels and vice-versa label printers, in an effort to grow turnovers, expand into print packaging. They wish to remain specialty label printers, investing into innovation.