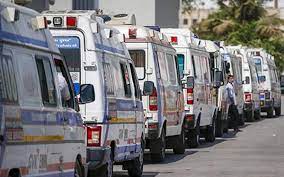 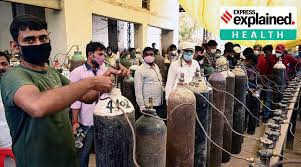 Many NGOs(Non-Government Organisations), religious bodies, companies and individuals are contributing in whichever way they can reduce the sufferings of people. Donations and help from these groups keep pouring in and exhibits the caring that emanates from these groups. However, in contrast we have reached a situation when politicians continue to play the blame game accusing each other for the sufferings of population, with their eyes on the next election and access to country’s coffers they are insensitive to the pain people are going through. Allowing election rallies and religious gatherings of hundreds of thousand people not following covid norms has contributed to the massive spread. The central government says state government is wrong and vice-versa while the innocent citizens gasp for that breadth which will come loaded with some oxygen so that they may still survive to be with their loved ones another day. It is so unfortunate that we talk of financial outlay of billions in our budgets yet a commodity like oxygen that is an imperative for survival has become a political point for our leaders blaming it on logistics. The pain and suffering do not end for the relatives of those who have lost their fight against covid and passed away, there is neither the means to take the bodies to cremation grounds nor the space to cremate them. Will residents of another developed country understand this kind of situation?  All this while the needy yearn for that breadth which will decide if they exist the next day or not. Added to this the unscrupulous citizens who look at this as an opportunity to make more money, they make the Shylock in Shakespeare’s story “Merchent of Venice” appear as a reasonable person, he may have just asked for a pound of flesh from just one borrower, here these black marketeers are trading in oxygen, essential medicines and life support equipment to draw unreasonable profit from the lives of a suffering generation. 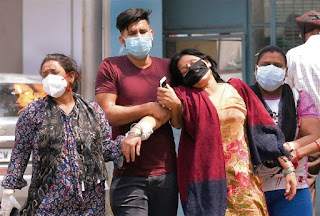 History will not and should not pardon such unethical persons who have no feelings that a grandparent, a parent, a spouse, a sibling or an offspring are so  precious part that one yearns for them to be there always and losing them is not imaginable. Courts in India appear to be understanding the gravity of the situation but who will teach the politicians who are the executive running the country. It is not just watching on TV that people are suffering and dying, but it is now being felt and being experienced by all households largely. A friend, a relative, a business associate, a colleague or a loved one just vanishes losing out to the pandemic leaving a void and a hollow feeling whereby the tears have no place to go.

Reproduction permitted by giving credit to author and link to blog http://harveersahni.blogspot.com