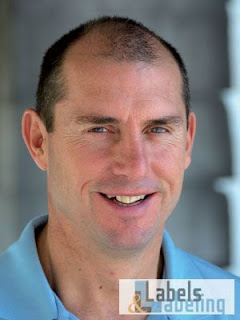 The forever travelling Roger Pellow, Managing Director of Labelexpo group, was in India recently as a prelude to leading his team’s effort in making the forthcoming Labelexpo India in December 2010, a resounding success. Roger has expressed his desire to meet the leading and progressive label printers in North India for a relaxed evening and a thought provoking discussions on the trends prevalent in India. Roger is perhaps one of the most well known faces in the “World of Self adhesive labels”. It is a typical style of his to acquire an in-depth knowledge of the industry, wherever he travels. He spends quality time with printers and understands the ground realities by indulging in thought provoking discussions with printers in their local environments.
I was given the responsibility of choosing the group and also the venue. It was a daunting task to have a mix of diversified, successful printers catering to different label segments. Also the venue had to chosen. I indulged and started to look for a restaurant that would have a lot of space and great ambience. I firmly believe that when the place is well spread out and open, the mind works in a similar fashion. In a crammed up space there is crowding of the thought process. We found an ideal place called CIBO in Hotel Imperial in the centre of New Delhi. We met on the 13th of July, 2010. The place provided a perfect mindset, as the restaurant management gave us a large private area with perfect settings, such that all of us sat around a table that was not too big and neither too small, an ideal set-up. The printers who were invited and came were also the right blend of many label segments. Those who attended this dinner evening were; Anil Goel of Gopsons Ltd., he came with his son Gaurav Goel, Dinesh Mahajan of Prakash Labels, Kuldeep Goel of Anygraphics, Aditya Chadha of Update Prints, K K Bajaj and Rakshit from Regal Creative, Pawandeep joined in as member of Finat board of YMC (Young Managers Club) and myself as member executive committee of LMAI and coordinator. Ajay Agarwal of Syndicate labels and Prem Khanna of Rachna Overseas requested to be excused for personal engagements in their respective families.
Roger Pellow in his opening remarks reiterated his company’s commitment to the Indian Label Industry. He noted that while the industry around the world had suffered due to the economic downturn, yet the Indian industry had remained more or less stable. He also noted that the present trends showed that the no. of label presses being installed in India were almost 100 annually and felt this was an indicator of the health of this industry in India. Interestingly all those who were present had already made capital investments in recent times or were in the process of making them. Concern was expressed on waste management and environment issues in the label industry. All present did give their inputs and yet agreed that much needed to be done in this area. There is need to work on this as also to brainstorm the industry on waste reduction and disposal to find effective solutions.
A healthy debate took place on digital printing. Roger informed those present about his groups effort in educating printers in this emerging and fast spreading technology. He also informed the group that Mike Fairley would be visiting India during the Labelexpo India in December and that he would be holding a master class for digital printing. This was well received, though printers in India have not been very indulgent in this technology yet their interest is very evident and definite signs of growth in this digital printing segment are evident. Printers expressed their concern about the increasing prices of high end label presses. Dinesh Mahajan of Prakash Labels said, “If a Mercedes can be sold for 70000 Dollars then why a label press cannot be made cheaper.” To which Roger could only explain in more down to earth way that a Mercedes is a part of mass production done on an organized assembly line and the presses are custom built. Each press may have some thing different incorporating a continually changing technology. Costing was another issue that was debated, on initiation by Pawandeep Sahni that the need to implement lean manufacturing is imperative, there was a very interesting discussion with inputs coming from all printers. They shared their personal experiences on how they implemented processes to reduce cost. These included waste reduction, reducing down time and measuring expenses as a ratio or measure of the final cost. I was surprised when Kuldeep Goel of Anygraphics stated that he had in his computer data like how many units of electricity was spent per square inch of labels that he produced! No wonder he has recently set up a hundred thousand square foot factory. The printers also discussed the foray of our printers to go global. Gaurav Goel informed the group of their investments in Srilanka and Mauritius. Prakash Labels have been running a company in the UAE for many years, the group also recognized the efforts of other printers who had gone global to setup units in foreign lands like Syndicate labels, Interlabels, Unique Offset, etc.
Summing it up Roger made a presentation on the forthcoming labelexpo India. He informed that the show was sold out and that there would be many more working presses. He assured that printers will benefit greatly from this show. All good things do come to an end as did this very interesting evening. While all the above was being discussed and debated upon, there was continuous servings of good food and drinks. Shows what good ambience, good food and good drinks can do to the thought process. CHEERS!