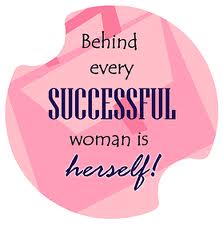 When Shakespeare said, “Frailty, thy name is woman” he probably did not realize the strength that women generate when in a seat of power, cannot be matched by men. The level of mental endurance women have has made many a strong men in an otherwise male dominated society, lean on their feminine and delicate shoulders in hours of distress. Women have risen from being mere homemakers to world leaders. Margaret Thatcher and Indira Gandhi lead their countries and made the world realize that women can lead from the front with an iron hand. Over the ages women around the world have been given lesser opportunities to literacy and technical education as compared to men. It is a fact that countries that have invested in educating their women and have promoted their empowerment have seen their economies and rate of development grow faster. Across the world more and more women are now acquiring expertise and capabilities similar to their men folk. They strive hard to excel in their selected areas of work. We are seeing that change happening in India as well. A society that insisted on restricting their women to household chores is gradually transforming. With government spending heavily in bringing public awareness on the need to also educate the girl child and empower women, the results are evident. Walk into any big company’s office and you see a lot of young and bright women carrying on their work with confidence and crisp efficiency. Women are now more educated and capable of involving themselves in more and more arenas that were earlier the mainstay of men only. Whether it is police or army, flying aircrafts or travelling into space, heading businesses or governments, they are not restricting themselves. Our Indian label industry did not have active business women managers till not very long ago. All that is changing now, Indian women are acquiring technical and management skills to lead high levels of investments in the label industry that is in a growth path. It is thus that I felt it is time to recognize the contribution of these women.
In 1989 my friend Sushil Bhatia, who used to work for Avery Dennison before he started his own business, introduced me to a young and vibrant Honey Vazirani, working at Paper Products Limited, Thane. That was almost the beginning of this wonderful girls’ journey into the world of labels. From being a management trainee in1989, she rose to be the head of the labeling division of this 700 Crore company which is heavily into flexible packaging. It is truly a decorative and colorful travel. Ever since then Honey has been at the forefront of PPL’s foray into production of labels which began in 1991. Her job involved client servicing, marketing, product development and leading the labels team at PPL. She has handled key customers who are a virtual who is who of the fmcg sector. Servicing demanding customers like HUL and Dabur and bringing to them the most premium and modern labeling technologies has been a passion for her. In words of Torsten Jung Lenz, who in those days worked for Jacstadt Germany, “Honey is married to labels!” Her ambition is to excel in everything she does. Having spent 21 years in the industry she took a sabbatical in 2009. She spent a whole year consolidating herself by travelling, reading, spending time with friends and relatives and enjoying good food. Yes, she is a self confessed foodie! In 2010 she returned to PPL, which has four plants and 1500 employees, to head the company’s HR department. While she is contented and enjoying her new role in HR, yet you can see the twinkle in her eyes when you ask about her future in the labels industry. Her advice to others in the label printing and packaging industry is that it is a pity that for most in the industry, “Good enough is enough” She motivates people in her company by her mantra, “ Good enough is not enough”.