Till the end of the nineteen-nineties, none of the handful of Indian labelstock manufacturers, offered or was able to consistently supply, filmic self adhesive label materials. After 1997, Avery Dennison started to produce or distribute filmic labelstocks in India on an ongoing basis. Till then, most of the high-end label printers supplying to leading FMCG brand product companies like Unilever and P &G were solely dependent on imported materials. Once the availability of these filmic stocks became easy, the market was expected to grow at a faster pace.
Shrink Sleeves

With the start of the new millennium, the consumer product market started to grow with the advent of organized retail catching on in Indian markets. Consumer goods became more sensitive to shelf appeal and this led to growth in demand for self adhesive or pressure sensitive filmic labels. Getting the consumer’s attention became imperative as consumers themselves chose the product from the retail shelves rather than the shopkeeper convincing them to buy a particular product. At the same time shrink sleeves (invented by Fujifilm way back in 1960) started to also gain a foothold in the Indian FMCG product market. Sleeves provided the advantage of 360 degrees graphics and advertising space on the product itself and began to carve out a distinct and high growth market segment. Although pressure sensitive film labels lost their opportunity of gaining big volumes from the expanded market in specific segments, the usage of self adhesive or PS film labels grew and prevailed.
Despite the entry of shrink sleeves, the PS filmic label segment continued to grow at a steady pace of 10 to 15% a year. My own assessment was that at that time of 2000-2003, the overall self adhesive label demand had started to grow at a much faster rate. In the year 2003, in my presentation for the Cham Pressure Sensitive Symposium at St. Moritz in Switzerland, I had assessed that the pressure sensitive adhesive label segment was growing in excess of 25% while the filmic label segment was registering an even more rapid growth. Eventually the shrink sleeve segment carved out a definite market segment for itself and the PS film label segment settled down with a steady growth rate of around over 20%.
Prominent FMCG branded food and cosmetics products, where volumes were large, preferred to use shrink sleeves as they not only provided opportunities for 360 degrees graphics but also were cost effective. This was because the large runs for these product segments could justify the conversion on high speed wide web gravure printing presses. On the other hand labels for products that needed shorter runs continued to use PS filmic labels, as shrink sleeves were not viable for short runs on the wide web machines due to the cost of cylinders and other prepress requirements. In some cases where customers do demand shrink sleeves for shorter runs, the narrow web flexo label printers pitch-in to produce them. Instead of eating into each other’s market share, shrink sleeves and PS film labels have finally settled down as two distinct product segments.

According to Bhavin Kothari of Interlabels in Mumbai, both products have separate identities and as far as the PS filmic labels segment is concerned, the market is steadily growing at over 20% a year. On a personal note I rate the growth of PS filmic labels at a higher figure of almost 30%. Rajesh Chadha of Update Prints New Delhi says 80% of all the labels they produce are filmic and the segment has steadily grown over the last 10 to 12 years. Gururaj Ballarwad of Wintek Bangalore states that 65% of his company’s produce of labels is film-based and that the growth seems to have accelerated further in recent years with organized retail spreading more widely across the country and consumers demanding better labels and aesthetics. Gururaj adds that PS film labels with highly decorative features give a more elegant and rich look to cosmetics and toiletries and users have started to recognize this. Raveendran of Seljegat, Sivakasi and K K Bajaj of Regal Creative New Delhi also agree that film labels are preferred by FMCG brands these days especially where production runs are smaller.
With the availability of more advanced grades of film label stocks where the gauges have become thinner and squeezability is also built-in, and with thinner release liners being offered, the product is getting upgraded. Even the press and tooling manufacturers have come forward to offer possibilities to convert these new materials. These materials, while they aim to produce better quality labels, will also help reduce the adverse impact on the environment by waste generated in converting labels. A clear 25 micron film facestock on clear 25 micron film release liner will definitely have more labels per roll. The plastic waste generated has better recyclability and will reduce the tonnage going to landfills. With faster growth becoming evident in the film label segment the label industry can sense the heat from thinner film labelstock that uses film liner.
Winter chill
In the beginning of 2011, the Indian label industry was in a buoyant mood. Printers were nearly unanimous in their opinion that the self adhesive label industry was growing and doing well. Every industry that is registering growth needs to increase their capital investments in new machines to upgrade to the latest technologies and to enhance capacities. In the words of Amar Chhajed of Webtech Labels Mumbai, “If we plan to grow 40% in a year, we have to make capital investments in new equipment and enhance capacity to produce 40% more!” As we came nearer to the middle of 2011, the news of a second slowdown in Europe made the industry go cold. There appeared to be a little lull in the industry even though everyone was convinced that the label in India will sustain growth year after year. The industry seemed to have pressed the ‘Pause’ button. 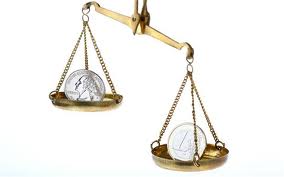 Since the Labelexpo Europe at Brussels was fast approaching, printers wanted to divulge their expansion plans and decide on equipment only after watching the latest on display at the premium show. I have in my overview of the Labelexpo, mentioned that it was busy time at Brussels for the Indian printers as they had big investment decisions to make. We expected investment announcements to start in weeks following the show but the currency situation played the spoilsport. The Indian Rupee value depreciated against the US$ and the Euro. The cost of equipment escalated by over 10% and another chill ensued! Simultaneously as the year ended, the price of labelstock and other raw material inputs also shot up putting additional pressure on margins that were already becoming thinner due to intense competition. End users had both options and offers from existing label suppliers as well as new entrants – they refused to accept price increases. The label industry felt the pinch along with the winter chill.
Hot again!
The 2012 new year brought the news of a slight upward movement of the Indian Rupee and hopes that it would continue to firm up. The demand for self adhesive labels has started to show healthy growth in the last few weeks. Label printers seem to be smiling again and seem to be preparing to loosen their purse strings for many of the investments that have been on hold. The confidence level is building up and after having faced the cold, the Indian label industry is almost blowing hot!
Written by Harveer Sahni, Managing Director, Weldon Celloplast Limited, New Delhi-110008 16th January 2012.