With low or almost flat growth in Indian manufacturing sector and economy estimated to grow just 4.25% according to IMF forecast, as against the government projection of 5.5%, it is indeed a trying time for the industry. The year 2013 threw in some thought provoking challenges to the self adhesive label industry in India.
·        Shrink sleeves were continuously taking a significant share of the label market.

·        With Commercial printing facing a slowdown because of the impact of internet or electronic publishing, offset printers were diversifying into labels and packaging thereby creating more competition.

·        The expected market expansion due to FDI, foreign direct investment, in multi brand retail did not happen.

·        Environmental concerns have been highlighting the adverse impact of liner waste and pressure sensitive adhesive waste matrix going to landfills. Alternatives are becoming evident. Initial investments have been made to move towards linerless materials and labels.

·        The growth rates though still positive have slowed.

·        There still is need to cater to an increasing market size so the capacity enhancement is an imperative that we cannot deny. This appeared to be the silver lining but the exchange rates making purchases go up by over 15% in value, became the spoilsport making many a printers put their purchase plans on hold.

As we move into 2014 things appear to be crystallizing; 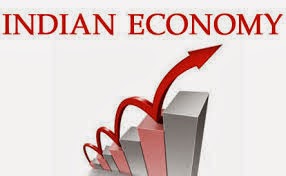 ·        Printers have started to invest in label presses with multiple capabilities to offer labels, shrink sleeves, lamitubes and folding cartons with the same equipment. They understand the need to expand the range of their offerings as well as the necessity to have a wider customer base.

·        Printers have started to consider high end equipment to achieve less wastage, faster production to achieve economy of scale, capabilities to offer innovation in their products to meet the competition head-on.

·        As we enter the third week of December 2013, the news that FDI in multi-brand retail is finally here! Tesco has tied up with Tata’s to be an active player in the ever increasing consumer product retail industry.

·        While they were being shrugged off in the past, environmental friendly alternatives are now being seriously looked at. The trend will continue in 2014

·        The general feeling around the country is that economic growth will return after the general elections.

·        In 2014 I do not see any reduction in raw material prices nor do I expect any escalation of selling prices in a competitive growing market. Printers will have to tighten their belts achieve better productivity, reduce wastages and to top it all. They will have to innovate!

·        The industry has to expand in capacity to cater to the needs of growth in demand in a country with a huge population. So we can safely expect more quality investments in the year ahead.

The above opinion of the author has been adapted & published on line by Labels and labeling UK as a part of their global coverage on “Voice of people” titled Label and package printing markets look forward to 2014 for detailed report and views of other suppliers and printers around the world   – See more at: