Rajesh Shah heading the Ahmedabad based Maharshi Group with a conspicuous presence in the label industry, manufacturing label applicators and labels, is a deeply religious man with strong family values. Son of an eminent lawyer, Rajesh finished his mechanical engineering in 1976 and left for Germany to work for a contractor company having office in Germany and sites in North Africa. In 1978 while still in Germany, he was summoned by his family to return to India due to his mother’s serious illness. Being the eldest of the four siblings, they are three brothers and one sister; he felt that it was his responsibility to be home by his mother’s side in this hour of need. In 1979, Rajesh returned to India and soon thereafter got married and decided to settle down in Ahmedabad. His wife came from a business family, who was involved into textile machinery. While Rajesh was contemplating the way forward, he was suggested by his in-laws to try and get into engineering industry. He accepted the suggestion and started a business of manufacturing Stainless Steel Vessels, Process equipment and other needs of the pharmaceuticals, Cosmetic and chemical industry fabricated in a small set up  and supplying. The small size of the operation and slow progress soon made him restless and he started to look around for something that was bigger and more innovative with quicker turn around. Some friends suggested him to make conveyors, the idea appealed to him.  At this point of time he set up his maiden industrial startup venture Gopinath Engineering Company for fabrication of stainless steel vessels and conveyor systems. This brought him in touch with more pharmaceutical companies and he being a sharp observer was looking around for synergies that would support his venture. In the early 1980s he saw the opportunity come his way that would shape the way for his future growth. Ahmedabad based Core Pharmaceuticals wanted to install automatic Self adhesive Label applicators on their packaging lines but found the imported equipment way too expensive. Rajesh knew from the word go that this was his chance and he grabbed the opportunity. He offered to develop the label dispensers and applicators for them. To understand the product intricately, Rajesh left for Germany and visited Guhl and Scheibler AG, a company manufacturing automatic labelers. He also visited other similar European manufacturers to understand their technology. 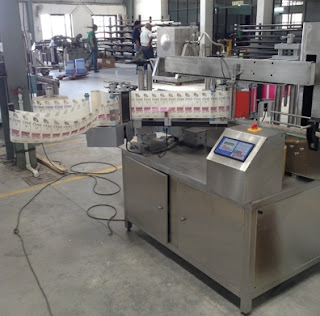 On visiting different manufacturers, he understood the technology in detail and concentrated on the best available. On return to India Rajesh developed his first label applicator and once it was successfully installed, there was no looking back! 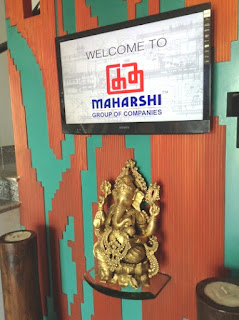 The Labeling systems manufacturing facility is now a part of the Maharshi group and known as Maharshi Udyog. It is perhaps the largest labeling systems and applicators manufacturing company in India. This part of the group is operating in a factory with 100 employees on a plot area of 100,000 square feet and built up shop floor of 60,000 square feet. Another 90,000 square feet of land has been acquired adjacent to the factory for further expansion. Rajesh’s other brothers, Bhagwat Shah and Hiren Shah also joined in to manage the growing group. While Rajesh looks after overall activities as a Group Chairman. Bhagwat, a commercial person, looks after finance, administration and personnel and Hiren, a Mechanical engineer, looks after design and manufacturing at Maharshi.  Hiren’s brother in law, Jigesh Dani takes care of sales and marketing under the guidance of Rajesh. The next generation is already in business. Rajesh’s son, Harshit, a mechatronics engineer, is already actively involved in the group activities taking care of automation systems, sales and marketing. Bhagwat’s son, Dhrumil has completed his MBA from Nirma and is under training in sales and marketing. 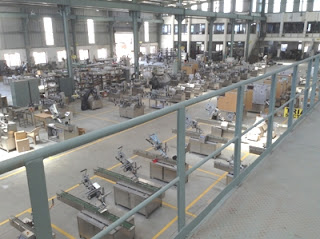 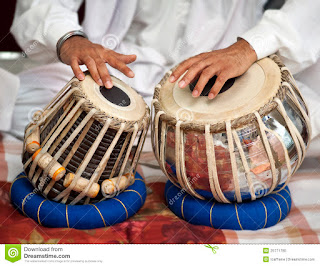 Jigesh’s only son, Yash has no interest in the father’s activity, he is deeply into music. He is a fine Tabla player (Indian drums), who has entered the Guiness book of records for the longest Tabla playing performance.
At the moment Maharshi’s expansion plans are under wraps. They have the space and resources to expand.  Maharshi Labels has the scope to expand and they have access to the market but the intense competition and shrinking margins makes them cautious. However still, the growing market size does confuse them, tempting them to consider producing to economies of scale and cutting down on wastages and increasing volumes. Their label unit operates from a land are of 50,000 square feet and a shop floor of 30,000 square feet with 70 employees. The total group turnover of the Maharshi is around 15 Million US Dollars. They have their hands full at this moment and it is a matter of time before they will divulge their plans for next expansion. As for their intention to foray into packaging, Jigesh says, “The day we can convert it on a web press in-line cost effectively, we will also be into packaging.”
Written by Harveer Sahni, Managing Director, Weldon Celloplast Limited New Delhi India August 2016 exclusively for Narrow Web Tech Germany.

The article maybe published with the permission of Narrow WebTech Germany giving credit to them and to the author For advertising enquiries please email to;