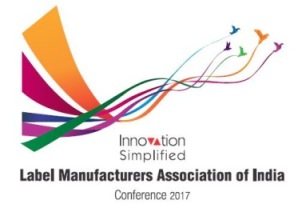 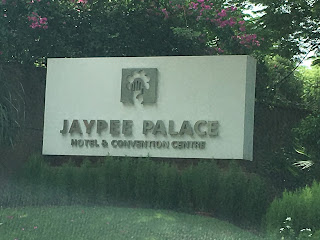 The 4thLMAIconference was well managed from start to finish. Incoming delegates were picked up from Delhi airport and transported in 8 coaches toJaypee Palace Hotel and Convention Centre Agra, in the historical city ofTaj Mahal. There were many from Delhi and other north Indian towns who drove in their own cars. On reaching the hotel, as delegates descended from their vehicles, they were welcomed with beating of drums, traditional welcome by hostesses and LMAI conference team.
The conference commenced with a welcome speech fromSandeep Zaverifollowed by lighting of the lamp. This is considered as an auspicious ritual before commencing any important event. LMAI initiated their new creation, the LMAI anthem which was played after the lighting of lamp.
Welcoming the over 550 delegates and thanking sponsors, Sandeep Zaveri mentioned that the label industry was like a joint family. He dwelled on the conference theme, “Innovation Simplified” and stressed on the need for innovation to spread to all processes of label creation. Label is the important part of a product and connects it directly to the consumer.

In her special address Lisa Milburn, Managing Director Labels Group, Tarsus Group PLC UK mentioned the strong and ongoing partnership with LMAI. She also spoke on the forthcoming meeting of L9 (The federation of nine leading global label associations) which is scheduled to be held next year in India. Pradeep Saroha, Country Manager for Labelexpo group gave information onLabelexpoEurope in Brussels in September this year. Conference ChairmanKuldip Goelapprised the audience with agenda of the event.

At the same time he announced an award toHarveer SahniofWeldon Celloplastfor a “Lifetime in support of the Indian label industry”.


The day ended with an entertaining evening sponsored byBobstFirenzeand themed, Mughal-e-Azam followed by Dinner. Many delegates were in traditional Indian dresses.

Next morning after breakfast Rajesh Nema secretary LMAI initiated the conference by showing avideo of LMAI activities during the past year and informing the day’s agenda. Jitesh Mehta, Director Avery Dennison had interesting questions for the audience on innovations in the structure of Taj Mahal. Interesting facts came to light. He also said, “Innovation is a team sport and aids profitable implementation of ideas, creating value across the value chain” he further added, “By making innovation complex, we maybe killing it”.

Ajay Mehta and Rohit Mehta ofSMI Coated Paperscautioned that reverse auctions were affecting printers adversely and instead of becoming complacent, they need to move on. Competition brings innovation making quality and consistency in product offering an imperative for driving growth.

Amit Ahuja ofMultitecspoke on wastage control. Gavin Rittmeyer ofMartin Automaticexplained the need for automation and nonstop continuous production to reduce wastage. Impressive knowledge delivering presentations were made by the large number of speakers representing companies who sponsored the event. A holistic session was held byIsha Foundationof Sadguru fame. The swami ji hosting the session taught the delegates the nuances of meditation. A session of “Isha Kriya” was taken up with audience participation. He said that for the power to create, we need to meditate to success. Success is not an aspiration, it is your work that others will connect with and say he is successful. He also advised the congregation that creating happiness at workplace will get full potential from employees.The last part of the evening hosted by SMI Coated Papers, began with a high powered motivational lecture by renowned management guru, Shiv Khera.

Shiv Kheraspoke for almost three hours and the delegates in full attendance were glued to their seatslistening in rapt attention.Quoting boxing legend Mohamad Ali he said, “We need the skill and the will to succeed. Between the two, will is more important” Such was the delivery of his address that the audience was left in awe. Quoting the former President of India, Dr. A P J Kalam he said, “Dreams are not that make you sleep, dreams are those that don’t let you sleep”. Adding more to this he went on to convey that success is not absence of problems, it is the overcoming of problems. Luck is not designed to deliver success but concentrated efforts do deliver it. His advice to the audience was that for conflicts in life learn to resolve issues and not dissolve relations. The evening ended with dance performances and networking dinner.

Two days of hectic schedule and non-stop presentations, did not tire the delegates and one was surprised to see they were ready for more.The final day again had a holistic meditation session by Isha foundation. This was followed by presentations by Samir Patkar-Gallus,Appadurai-HP, Manish Jain-Loparex,Seigwerkand A K Datta-Kurz. Guest speaker Sudhaker Kasture spoke on export strategy on labels. The day’s presentations ended with presentations fromHuber groupandTesa Tapes.

This was followed by a very interesting event; LMAI Round Table. For this part of the event all the sponsors were divided into different groups that were allocated different rooms with round tables. Each sponsor was allotted a table. The printer members were also divided into groups. Each group of printers were the made to sit on round tables with sponsors for 10 minutes and then asked to move on to next sponsor’s table. The sponsors and printers got to interact one to one driving in satisfaction in the process whereby their queries were answered face to face. All through the conference, a well spread out table top exhibition was in progress. Delegates were able to visit, interact with exhibitors and collect literature.

The final part of the conference was a gala evening hosted by Avery Dennison with theme “an Affair to remember” and titled “Moulin Rouge”! The evening started with conference chairman Kuldip Goel giving vote of thanks.

This was followed by a vibrant musical performance by celebrity artiste Sophie Choudry. After this the dance floor was thumping with delegates dancing till wee hours of the night or the morning.

This conference was appreciated and enjoyed by all. They left Agra with lingering memories of a euphoric networking event. The industry was a little more bonded and connected giving credence to Sandeep Zaveri’s statement that the Indian Label Industry is like a joint family. As the delegates bid good bye they went with hope of yet another similar event in the summer of 2019!
The sidelines and the "Fun Part"; 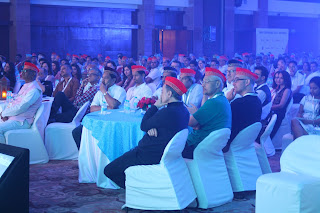 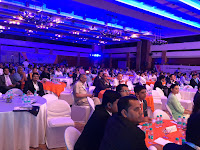 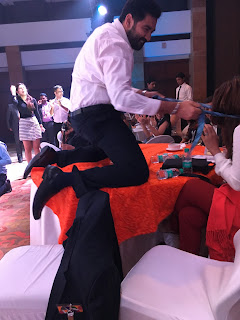 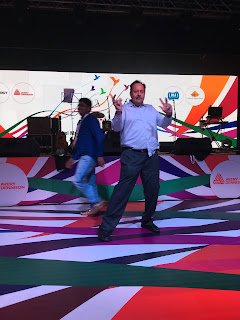 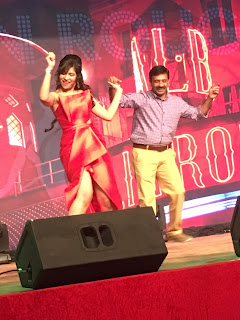 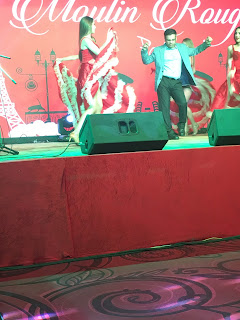 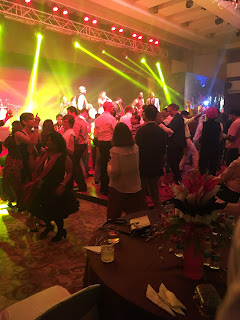 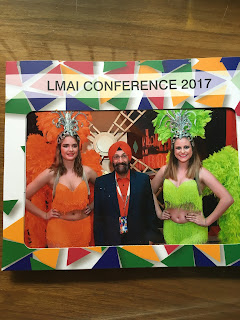 Printing magazines and publications may reproduce this article giving credit to author. For a copy of this article in word format or high resolution pictures please email toharveersahni@gmail.com