I have been attending labelexpo exhibitions since the onset of new millennium. In those days there was only the main event Labelexpo Europe in Brussels followed by Labelexpo Americas in Chicago and labelexpo Asia in Singapore. Labelexpo Asia was later moved to China which eventually settled down as labelexpo China as the market for labels started booming there and the sheer market size due to the population there, drove in visitors. However, as I see, it is now primarily a China show, though visitors still do come there from various countries due to the price considerations of Chinese products. The mother event of Tarsus, “Labelexpo Brussels” continued to grow phenomenally and became the centre stage for the global label industry suppliers to showcase their products and project the ultimate evolution of label production technologies. It is a must attend event for any progressive label producing company. It would not be wrong to say it is the “Mecca for label printers” around the world! Labelexpo Americas was the second most important show of Tarsus, more so because it was the home turf of industry founder R Stanton Avery, also because USA has the highest per capita usage of labels. However, since the importance of the Brussels show escalated due to geographical global growth of label industry, labelexpo Americas comparatively became a region centric show which has not lost its relevance because it still contributes largely to innovation and evolution of label making. It is surely smaller in size than the parent event at Brussels.
Tarsus saw the proliferation of label industry into other parts of the world and felt there was a need 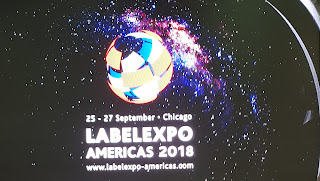 to have presence in countries that saw growth of retail and a growing market for labels. In an effort, to bring global technologies to their doorsteps and to make it convenient for printers who were small and had potential to grow but could not travel long distances to witness the evolving technologies, they moved to other countries. They acquired the “India Labelshow” and renamed it Labelexpo India. Recently also launched a show Labelexpo South East Asia in Bangkok to cater to the South East Asia markets. With growth of labels and packaging in the MENA region, they have the Gulf Print Pack in Dubai. They have also started to hold label summits in Africa and Latin America as a precursor to setting up shows there when situation warrants. Labelexpo Americas 2018 was recently held in Chicago from 25-27 September 2018, I had the opportunity to visit and connect with peers on the industry. I call my personal visit and meeting global label industry friends as “Bonding in labels”! A day before the show opened on 24th September 2018, the judging for World Label Awards took place. I feel honoured to have been one of the judges for this global competition which was chaired by Mike Buystedt of Flint Group who moderated it with professional efficiency. I reproduce my pictorial attendance at this event and the events on the side-lines. I always feel pictures do communicate more than the words.

On the evening preceding the opening of Labelexpo Americas, a networking gathering was arranged. It was a good to connect with global Industry friends, I personally call it "Bonding in Labels". In the picture is Jules Lejeune-Managing Director FINAT, Dan Muenzer-President TLMI and Noel Mitchell-label consultant and former Vice President UPM Raflatac. 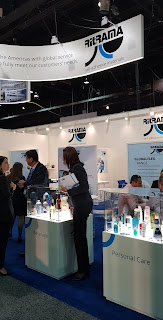 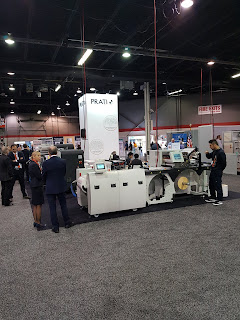 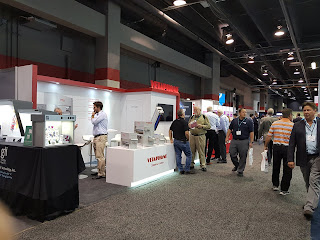