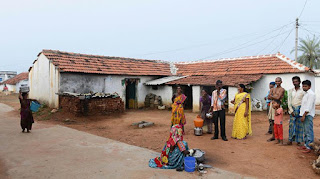 Fifty years ago, 80% of India lived in villages. 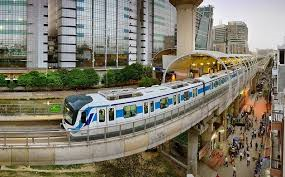 People are moving from villages to cities to experience the modern-day city life as they see on TV and internet. 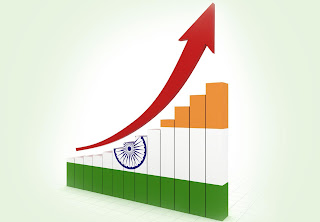 The scenario has transformed over the years. As a result of ongoing urbanisation, the urban population in India has now grown from 19.4% in 1968 to 33.5% in 2017. The shift has a direct impact on the consumption of household goods, as daily needs in city dwelling are obviously different and more than that in villages. More so due to the impact of a growing rate of literacy level which is the percentage of people aged 15 and above who can read and write having increased to over 72% percent from 40.76% in 1981. People in the working age group 15-64 years has escalated to 66.2%, from a level of 55.4% in the last 50 years. In 2017 the median age of the country, which is half of the people to be younger than this age and other half older, was estimated to be 27.9 years. In a country of 1.32 billion people a growing need for household goods or consumer goods also referred to as FMCG or “fast moving consumer goods” means there is an ever-growing huge demand for labels and packaging that are a part of the consumables they buy.
According to a report in The Economic Times dated May 01, 2018, consumer products market grew 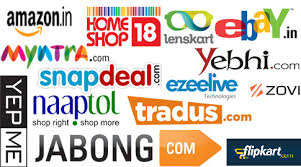 13.5% in the Financial year 2018, with eight of 10 leading companies posting double-digit value growth, FMCG being the 4th largest segment of the economy. Online sales of consumer goods is also seeing an enormous rise as number of online users is poised to cross 850 million by 2025. According to a report by marketing research firm “eMarketerOnline” retail sales in India are expected to grow by 31% this year to touch $32.70 billion, led by e-commerce players Flipkart, Amazon India and Paytm Mall. Retail market is estimated to reach US$ 1.1 trillion by 2020, up from US$ 672 billion in 2016 further expected to boost revenues of FMCG companies to 104 billion US Dollars. The data herein mentioned indicates a definite, constant and escalating demand for labels and packaging. 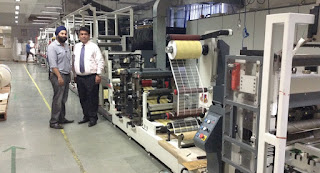 Indian Label industry has been witnessing challenging time since demonetisation of currency and later due to implementation of GST. While these measures may be beneficial for the industry at large, yet they slowed down the trade impacting margins and revenues. With capacity growth already committed by existing label companies who had already placed orders for new equipment and by those entering the segment in this period, slow down impacted adversely the positive sentiment in label industry. The Label printing and converting equipment was being upgraded globally by machine manufacturers to achieve efficiency in production, reducing wastages, producing to economies of scale and was becoming more expensive. An industry that was used to a quicker ROI (Return on Investment) and better margins found the situation challenging, decided to be cautious and held-back investing decisions. While the economic parameters of growth as mentioned in the earlier part of this article were on the move all the time, a pause or back stepping for two years created a gap that has resulted in now a positive situation whereby new investments to increase capacity are being made. However still, label printers are apprehensive that this sudden indulgence may result in over capacity, promote unhealthy competition resulting in lower margins and make servicing of loans a little difficult. Despite this the positive sentiment in the label industry is evident as those who have excelled are committed to expand and maintain their position.

Change is the only permanent in a growing scenario, also stagnation leads to deterioration so one has to keep improving, innovating and expanding to remain in reckoning in a vibrant colourful industry. The label industry, much to the discomfort of the existing peers of the industry is seeing a lot of investment from the sheetfed offset printers. The sheet offset industry is used to big time investments in equipment and voluminous sales justifying their lower margins with massive turnovers. They were content with ever growing toplines, yet when the bottom lines needed strengthening labels appears to be a solution. While this would not add much to the top line but would surely contribute positively to their bottom lines. In a conspicuous effort to make their balance sheets look more presentable, it seems the offset printing industry is becoming indulgent in labels. It is for this reason we see label exhibition stalwarts Tarsus targeting the offset printers for their upcoming Labelexpo India. This is much to the discomfort of existing label industry constituents as it would add to the intense competition bringing pressure on already depleting margins in terms of percentage. 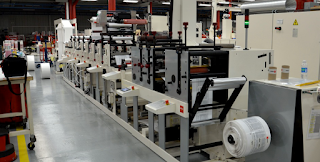 The label demand in India continues to grow and investments in label printing and converting equipment is on the rise. Though not much authentic data is available, yet the author based on experience and time spent in the industry has attempted to reach a reasonable size of the market. There are about 1000 label manufacturing companies in India. These include very small and big plain label, barcode label and product label manufacturers both in roll and sheet, spread all over India. The number of machines that each of these companies possess varies from just one machine to multiple machines, in many cases the machines installed are in double digits. On a very modest estimation if I assume an average of just two machines per label company, the total comes to 2500 label converting machines. The number of rotary machines announced in media in the recent past as installed in India over the years till now by leading label suppliers like Mark Andy, Gallus, Nilpeter, Omet, Bobst, Edale, MPS, Weigang, Orthotec, etc. coupled with those supplied by local manufacturers like Multitec 200 machines, RK label 150 rotary plus 600 flatbeds, Jandu 135, Alliance, Webtech and others, is well over 1500. Now if we add the used machines, the intermittent and other flatbed/rotary options, the figure is definitely over 2500. Working backwards for converting capabilities with realistic downtime, the per capita consumption of labelstocks is well beyond 1 square meter. 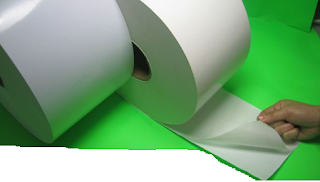 Calculating quantities of label stock manufactured from the number of coaters installed with Labelstock manufacturers we have, according to the author’s personal estimation, Avery Dennison is leading the pack and SMI following, together they account for over 40% of the production in India with almost 48 Crore or 480 million square meters per year. According to Jandu Engineers, who have been the main coater laminator supplier to the unorganised sector, they have till date installed 150 adhesive coating lines in the country. While Jandu asserts that his coaters run at 100 meters per minute but for a realistic estimation their speed with down time has been considered at 50 meters per minute. Added to this is the production coming from numerous Hotmelt coaters installed and together with the stock lots used, the total again justifies the 1 square meter per capita usage. Another evaluation done with base consumption that most in the industry had agreed at 0.25 square meter in the year 2003. Applying a year on year growth rate of just 10%, this year we cross the 1 square meter per capita usage. The estimation is the author’s personal estimation only, many of the industry peers may not agree with the author’s estimation yet it appears that we have come a long way in the last 20 years. The self-adhesive label production and consumption in India all including roll, sheet, stock lots etc. this year seems to have reached a whopping 1.30 billion square meters!!!
Written by Harveer Sahni Chairman Weldon Celloplast Limited New Delhi India September 2018