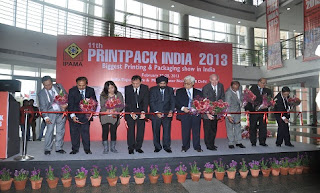 As February 2013 was coming to an end, the biggest Indian printing and packaging show Printpack 2013 was held at the India Expo Centre and Mart, Greater NOIDA. The centre that  appears to be a risk selection, as compared to the New Delhi’s Pragati Maidan, yet event organizers seem to be persistently inclined to move and host their well known successful shows at this venue. I can attribute only one reason for this; the high handedness of ITPO and the ever increasing prices. Competition is the buzzword and this is evident from the effort that event organisers put into the promotions to make it a success. IPAMA the event organizers for Printpack had projected that 50000 visitors would visit the show. Due to the changed venue and the logistical disadvantage, many in the print industry felt the target was ambitious and the number of visitors to the show would see a decline. The post show figure available on the Printpack website is extremely surprising. The organizers claim a 40% increase in footfall and that a mammoth 70000 visitors came to the show! Incredible as it sounds and if this is so, other events that have traditionally been held at Pragati Maidan may also start considering this venue for future showings. It is indeed a wake-up call for the government sponsored organization ITPO to gear up to meet the challenge of competition. Personally I feel Pragati Maidan really needs to change. They need to upgrade such that the venue is friendly to not only visitors but also event organizers. ITPO is sitting over large tract of prime real estate in the National capital with metro connectivity. They are backed by the central government, it is time they converted this venue to be amongst the best in the world. Something like how they transformed the Delhi International airport.
I visited this exhibition on the very first day, there was an impressive display of equipments  , consumables and services for the printing and packaging industry. For me it was quite interesting to find a lot of visitors and some exhibitors from the label industry. The LMAI (Label Manufacturers Association of India) President Vivek Kapoor came from Mumbai along with other members and LMAI committee members who included Ramesh Deshpande from Renuprints Aurangabad, Gururaj Ballarwad from Wintek (ITW) Bangalore, Amit Sheth of Label Planet Mumbai, Ajay Mehta of SMI Mumbai, Yudhviram Solanki of Sicon Prints Navi Mumbai, Harveer Sahni of Weldon Celloplast New Delhi, Ananth Rao of Stay-On Papers Hyderabad, Ranesh Bajaj of Creed Engineers Gurgaon, etc. Suppliers to the label industry who were exhibitors at this premium show provided the space by way of their stands to these label industry constituents to get together and network. The ever smiling industry friend Srihari Rao was welcoming label printers at the Esko stand and a pleasant and mild mannered Amit Ahuja of Multitec displaying his Ecoflex label press was pleased to welcome colleagues from the industry. Others who contributed to the cause of labels at the show included Jandu Engineers, Kumar labels, Alliance Faridabad, Ashish Patel of Gujarat Printpack Ahmedabad promoting his new venture for selling used presses and a few others. I was also pleased to have to met label press manufacturers Bibiana and her mother from Rotatek Spain as visitors to this show. 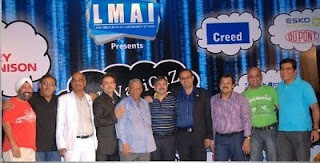 Earlier this year the LMAI elected Vivek Kapoor as the president for a record third two year term! Immediately on his election this time, Vivek took steps to address the longstanding demand of the narrow web label industry to make LMAI as pan national organization representing the interests of label printers spread out all across India. Four vice presidents were appointed, one in each geographical zone with liberty to appoint one associate member and one zonal secretary as their local team member. With teams in place we hope to see more activities in the label industry. On March 9th 2013, initiated by the west zone vice president and treasurer Sandeep Zaveri, the LMAI organized a workshop at Mumbai to educate the zonal label printers on labelstocks and inks used in the making of labels. While Seigwerk sponsored the ink session, SMI sponsored the labelstock part. The western chapter of LMAI plans to repeat the workshop yet again sometime soon, this time with a different subject “Selection of anilox rolls”. Nostalgia of the previous successful LMAI conference still prevails! LMAI plans to repeat the conference this year but the dates and plans need to be worked out and we may expect an announcement in the near future. In recent times, self adhesive printing units have come up in various geographical zones, all over India. An industry that in the 1960s found its roots in the commercial capital of India Mumbai and then slowly drifted to Gujarat now has emphatic presence not only in the metros but also in smaller cities and towns. Till just a few years ago the label industry was located in Mumbai, Delhi, Chennai and later in Hyderabad and Bangalore, but now, it is present and established in smaller towns across the country with all kinds of label presses ranging from basic to very high-end combination presses. Where there is demand, the supply emanates there eventually. Labelstock manufacturers also surfaced and located themselves close to their prospective customers in these smaller towns. Starting off with small entry level Indian coating and laminating machines, these stock manufacturers have upgraded to Chinese hotmelt coaters. Not long ago one could identify these few stock manufacturers located in Mumbai, Delhi, Hyderabad & Chennai. Now they are everywhere! Instead of mentioning towns and cities I will say they are there in towns and cities in the states of Punjab, Haryana, Himachal, UP, MP, Andhra, Karnataka, Gujarat, Tamilnadu, Pondicherry, Daman and so on. The North eastern sector has somehow always lagged behind and has not attracted large investments. There have been a few who have endeavored to excel like Sarkar of Classic Images, the Jains of Secure Print Solutions. Lack of industrial growth in the East as compared to that in other parts may be the reason for the demand of labels not growing in line with the national growth projections. The last few years the growing garment industry in Bangladesh has resulted in an increased label demand which impacted in increased activity in labels in the west Bengal. Printers were trying to cater to this segment but this may be short lived with investments in label production increasing in Bangladesh itself. Some of these investments have been made by Indian label printers in partnership with local Bangladeshi entrepreneurs. 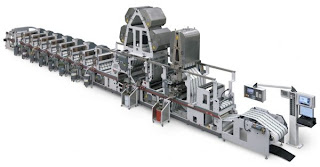 The widespread increase in the number of label printers in India has lead to a steep growth in capacity resulting in what some leading label companies' term as “over capacity”. Most of the new entrants in the industry or the smaller players going in for expansion opt for local Indian or Chinese label presses. In comparison the larger printers catering to the premium segment continue to invest in the European and US built high-end most sophisticated presses.  There is a huge difference in the quantum of investment in these two segments. Due to this reason the market available to the larger printers is getting restricted and largely segmented creating a top end that is catering to lesser number of users of labels. Owing to customer pressures on the premium segment, printers have to constantly upgrade their equipments and capabilities leading to more capacity, is ground enough for intense competition. The compulsion to achieve a fair return on investment and service the huge debt that such equipment brings in, entrepreneurs are under extreme pressure to sell volumes, and obviously the margins get continuously depressed! At this time my advice to the industry is to innovate on an ongoing basis, innovation is certainly the way ahead to drive profits, stay afloat and eventually prosper.
The plain label, VIP (Variable Information Label) or barcode label, simple line job labels, etc. 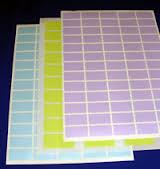 segment continues to grow and drive large volumes. This segment has more or less become the forte of the lower end label printers. However given the nature of the jobs and the volumes, there is very low margin. All said and done, the market for labels continues to grow steadily in India due to the huge population and its big and emerging literate manpower which is finding employment and will have disposable incomes to spend, increasing the spectrum of retail on the shop shelves. Growth in demands in labels is imperative. On interaction with leading printers I find that there is a general perception, that while the capacity is on the increase, the growth in demand in terms of percentage, seems to have slowed down considerably.  What was supposed to have been growing at over 20% some years ago and stabilized to 15% in last couple of years, now seems to have come trickling down to less than 10% or even less to single digit growth in the last couple of years.
In such a scenario the label industry is facing intense pressure on margins in all segments. The continuous increase in the prices of inputs as also that of the equipments coupled with a crowded market place where capacity is being added steadily leaves little room to drive in higher margins to enable better return on investments. Gururaj Ballarwad from Wintek in the South, Vivek Kapoor in the West and Rakesh Mahajan in the North have all echoed similar sentiments on the present state of the Indian label industry. They all say they continue to register growth in sales over the last year figures but definitely margins have either stagnated of reduced due to increased operational expenses. The printer members of the LMAI under the aegis of the LMAI leadership are exchanging cost sheets so as to create a consensus and endeavor to reason out with label buyers, that to deliver quality and upgraded products, they need to invest in new and modern equipment making it imperative to get better and remunerative prices for their labels justifying a fair return on their investments. It is however interesting to note that new investments are being steadily made in complex printing machines with capabilities unheard of in the past. Printers are not averse to innovations in labels and also attempt to cross over to the carton packaging and flexible packaging in an effort to expand their bouquet of offerings to a synergic customer base. They are investing in multipurpose equipment that can produce labels, cartons, shrink sleeves, lamitubes, etc. on the same equipment. New investment has also come forth in the linerless label segment that has yet to evolve in the Indian label scenario and is a pioneering endeavor.
Most of the printers across the nation agree there is growth in the industry, it may not be as rapid  as before yet there is unison in response from industry constituents that the “Label industry in India is definitely still growing, but growing under pressure!”
Written by Harveer Sahni, Managing Director, Weldon Celloplast Limited, New Delhi-110008 April 2013