Population continues to grow at an enormous pace in the metropolitan cities of India and infrastructure, despite the rapid growth, remains under intense pressure. The migration of rural population to urban areas has made life in big metros extremely demanding and difficult. Government of India, for many years has been making efforts to stem this shift from rural to urban areas. The effects are now evident. Mobile telecommunications, television, internet, better road, employment guarantee scheme and rail connectivity have largely been successful in bridging the gap and stemming the pace of migration. As a result, the smaller towns have in recent years experienced a spurt in demand for consumer goods.
Decades ago Mahatma Gandhi said, “India lives in its villages”. This is largely true even now but gradually the villages are modernizing owing to availability of all modern ameneties in nearby towns. They need not commute or shift to far away expensive metros to live a life that they watch on TV. This has resulted in a steady growth in demand of consumer durables in the smaller towns of India attracting investments from leading manufacturers to cash in on this change. The Neilsen Compnay, in a report titled, ‘Emerging Consumer Demand: Rise of the Small Town Indian’ states; “Eight thousand towns, 630,000 villages, over eight million stores and 1.2 billion people! In such a diverse consumer universe, how do you measure demand, where is it strongest? North vs. South, the metros vs. Rural – the choices are endless. Despite current inflationary environment, tier II and tier III towns are showing strong momentum with an improved demand appetite. The smaller Indian towns are leading the demand surge & shopping like metros.” The label printing industry has also been witness to this trend. In the past few years we have seen investments being made to produce labels in smaller towns of India. An industry that originated and was predominantly located in the west gradually spread to the other metro cities, is now registering its presence in these smaller towns. In my effort to assess the impact I asked printers in all zones of India, “Label industry is now expanding into smaller towns and cities. Do you agree?” The response was unanimous, YES! They all felt that it will impact the label growth positively. The LMAI President Sandeep Zaveri stressed, “It is required to grow in smaller towns”. 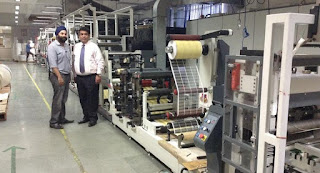 In trying to assess the trends and growth of labels in India, I interviewed 12 established and leading label printers spread across different geographical zones of India. 10 respondents out the 12 confirmed that there is definite growth in the country, one was not sure and felt it may have grown at places and gone down elsewhere while one was emphatic in saying that the growth rate had decelerated. Anuj Bhargav of Kumar Labels, while being convinced that the label consumption graph is positive yet he cautions, “Growth exists, but increase in capacity is more than the demand escalation. This is leading to unhealthy competition”. So over 90% of printers interviewed say there is growth. When asked the rate at which they individually grew, 10 out of 12 reported double digit growth, 3 of them grew 20% and the topper Sanjeev Sondhi of Zircon reported a growth rate of a whopping 35-40%!  Two reported 7-10% and one 5-7% growth.  Answering my question as to how they estimate the national growth rate of self adhesive labels in India to be, only 9 responded and out of these 7 confirmed it is a double digit growth between 10 and 20% and 3 out of these 7 said the growth was actually 20%. 2 of them said 7-10% and one said it was 5-7%. When I look at all these three questions and the responses from printers, it is quite evident from the way printers have grown and the way they estimate the national growth rate, labels in India can safely be estimated to be growing in excess of 15% per annum. 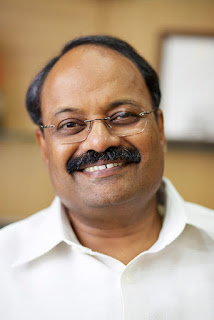 Most of the organized Indian label industry belongs to the MSME sector (Micro, Small & Medium Enterprises) and that they are predominantly family owned businesses. A handful of them have been acquired by international companies but largely they remain within the control of original promoters and their families. These units were largely initiated at very small scale with a single label press. Until a few years ago most of the good presses that contributed to the evolution of labels in India came from Europe, US and Japan. Gradually Taiwan made presses came in which then was followed by the Chinese made equipment coming to India in big numbers due to the low prices of the equipment. Indian press manufacturers have also made a mark for themselves in recent times. Today label printers with these Chinese and Indian presses have become a definite and identifiable segment of our label industry. I asked all the targeted label printers, “Chinese and Indigenous label presses manufacturers have in recent times made many installations in India. This trend is creating a lot of capacity at the lower and middle segment of the market. What is your opinion?” All respondents agreed with this and feel there is enough for all at various levels of investments. Sanjeev Sondhi in response says, “In my opinion quality will finally decide who will remain in game.” Industry leader and veteran Narendra Paruchuri heading Pragati Pack, Hyderabad stated, “This is quintessential question like the chicken and egg syndrome. The markets in the smaller towns cannot afford or break even on the high tech machines. So they will opt for the cheaper ones from China. Quality will not be very good but may be that is what is needed in that market. We are no judge for this and if they can sell and make it a success, good for them.” Pragatai Pack has invested in some of the most advanced equipments to enhance their printing, converting and decorating capabilities. On my question, “What is your mantra for growth, higher volumes or highly technical & innovative products?” he added, “We have to keep on at the technology and see what is it that we can do and can do that better than others. This is a quest for all businesses and only in the answer to this question lies your success. So if you come out with a unique/innovative product, your sales will rise. Also maybe the growth rate of the country itself will give you an opportunity to grow your business. Progress is relentless and technology a great leveler. So what we thought was exclusive a few years ago is common occurrence now. So the quest has to continue. Always…” 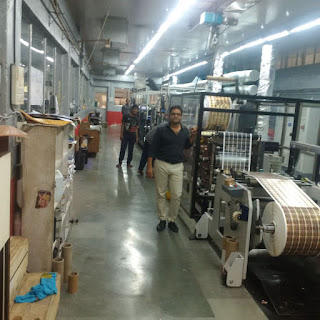 All the respondents agree that it is time to take stock of the situation, shift focus and innovate. They have similar answers to my querry on their “Mantra for growth”. Mahendra Shah of Manohar Packaging, “Higher volumes have not paid off to any one and I guess we label printers have gone beyond lower limit, so best would be to divert on to innovations and get into more technical products”. Himanshu Kapur of J K Fine Prints Mumbai states, “Higher volumes and lower margins is a wrong growth trend , so we prefer technically innovative products”. Dinesh Mahajan Prakash Labels, Noida; “It has to be a mix of high volume and innovations.”

The trend of combination printing that helps employ diverse printing and converting technologies in a single pass has become synonymous with innovation and secure printed products. To my question “Combination or hybrid printing is attracting lot of investment. Do you see this as an emerging trend?” 8 out of 12 printers feel that combination printing is necessary to create innovations and it is the emerging trend. 3 did not respond to this statement and only one said it is not the emerging trend. Many offset printers have started to invest in combination label printing equipment as a part of their expansion into packaging. Label printers on the contrary would not really invest in offset printing. A few years ago I remember Amar Chhajed of Webtech answer this question to me. He said we are so used to doing all printing, decoration and finishing of product in-line in a single pass, it is difficult for us to imagine moving stacks of sheets around the huge shop floor with a massive workforce. 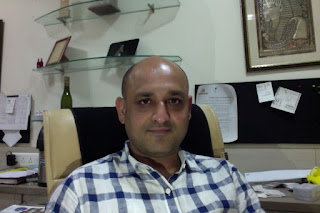 Ahmedabad based Mahrishi Labels, had forayed into offset printing and they did not find comfort with their decision. As per Jigesh Dani, “Having entered into sheet fed business we have realised that it's not just simply printing but a different ballgame. In my opinion it may be easier for sheet fed offset printers to enter inline converting but difficult other way”.  With the advent of combination presses going wider and able to handle a wide array of substrates and thickness, the possibility to produce folding cartons inline also has become a reality. Many label printers feel this is the time to move in the direction. 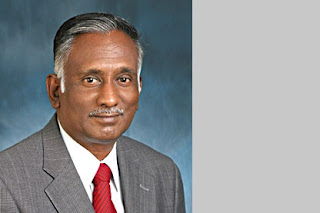 Raveendran of Seljegat feels it is time for combination printing and says, “Yes we need to invest on the production of functional packaging”. Gururaj Ballarwad of Wintek Bangalore which is a part of Signode India Group feels not many label printers will move into packaging yet he says, “Investment in combination printing is necessary to sustain, maintain & enhance the capabilities.”

Digital printing in India still remains a taboo with Indian label printers due to high cost of operation and consumables. However as a slight change in their thought process the higher end printers say it is time to consider digital printing as a complimentary part in a combination press. So while they invest in a press that has offset, flexo, gravure and screen printing capabilities, they will probably also opt for a digital printing station as well that will add to their capabilities. This will also help them in proofing, as also to cater to increasing number of short run customers.
India is a large and diverse country with multiplicity of cultures, food, language, dress habits, different festivals and lifestyles. As literacy enhances and the pockets of the middle class start to bulge it becomes an imperative for the marketers to focus on individual segments of the society. Innovation at this time becomes an imperative as also the capabilities to produce segment specific short runs. Just in time deliveries is another demand coming for end users due to the short run jobs. This results in making the larger label companies to consider multi locational production facilities. The response on this is quite divided within the industry. While many printers feel that one centralised facility is better for quality production and control. With better logistics it is possible deliver anywhere in the country in reasonable time. Yet there are others who feel locational advantage is necessary to service and retain large clients. Some large printers already have invested in multiple facilities not just within India but also outside India. Ajanta Packaging has units in Daman in the west and Baddi in North of India. They also have units in Ajman UAE and Bangkok Thailand. Indian label industry continues to grow at a steady pace and is also attracting international attention however still it has not yet grown to the level of large international label companies. There is still room for much more but it should grow steadily, as the demand grows.