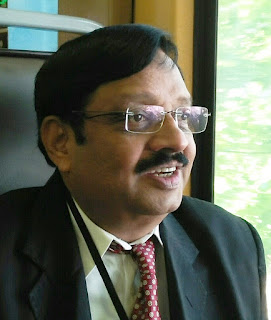 Pioneering efforts and firm dedication, established Sanjeev Atre of PGI Technologies Pvt. Ltd. as the first Indigenous manufacturer of magnetic cylinders in India. Sanjeev belongs to a typical Marathi Brahmin family from Pune. His father Prabhakar Atre, an accountant working with a CA firm in Pune got transferred to Aurangabad just one year after Sanjeev was born in 1957. Aurangabad eventually became the family’s Karmabhoomi (land where fate locates a person to work and be active in). Even though his family had no experience in running a business enterprise, Atre left his job in 1964 and decided to try his luck in business. Initially he tried his hands at book-binding but soon moved on. Those days, people were using treadle letter presses to print letter heads, bill books, posters, etc. and for printing variable information they would lead typefaces that were typeset or assembled as a block that would finally be used for printing. Prabhakar Atre started a type foundry to produce typefaces. This was the family’s first tryst with the printing industry. Integrating forward, he bought a treadle press to start printing as well.
Sanjeev after completing his schooling, finished college with B.Sc in Physics and took up a job in 1976. Just 2-3 months later he gave up his job to join his father and help him in business because his elder brother Bhalchandra, instead of joining the father’s business had preferred a job in bank. In 1980 Sanjeev wanted to invest in a small offset printing press but his father was worried how the money could be raised. They somehow managed a loan from NSIC (National Small Industries Corporation) and since he was very active in the printer’s association, friends helped him raise the Rupees 10,000.00 margin money. They acquired their first small offset printing press, a single colour Swift of size 15 inches X 20 inches. To start with they got some small odd jobs from Brooke Bond India Ltd. who had a meat exporting unit at Aurangabad. An opportunity came their way when an order for labels came from Brook Bond for 500,000-600,000 labels each month. Nostalgically Sanjeev remembers that he produced the label in 5 passes and got his first regular label business. By 1986 the father son duo, were ready to invest in their second single colour press. Five years hence in 1991 they further upgraded by investing in their first multicolour printing machine, a two colour offset. They followed it up with yet another similar machine two years later. All this business was under their company titled Mudranika, Aurangabad. 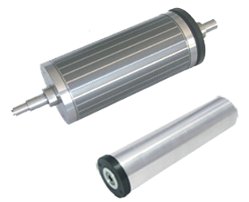 The label industry in India started to evolve and grow around the mid nineties. Sensing the future trends, Sanjeev decided expand into self adhesive labels. In 1996 they finally made their entry into production of self adhesive labels in roll form by investing in a pre-owned 7 inch wide 5 colour CI letterpress Kopack machine. Sanjeev worked hard to succeed in this new venture. He was committed to serve his customers with timely deliveries. For a particular job, he needed a different magnetic cylinder. The supplier quoted him a price that was high and Sanjeev was not comfortable with it. On repeated requests for a lower price, the supplier knowing Sanjeev’s dilemma, did not relent. An annoyed Sanjeev decided to make his own magnetic cylinders and started work on the project. In the same year 1996, Sanjeev Atre made his and India’s first indigenously manufactured magnetic cylinder! Proudly Sanjeev reminisces that the Cylinder worked excellently. Kopack on which he installed it, on was sold in 2005 and he proudly says, “It must still be working well on that machine, wherever it is working now”. 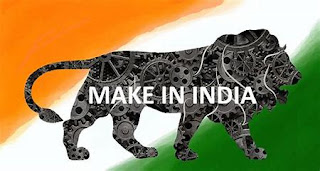 In 1994, Sanjeev Atre’s elder brother left his job in a bank and together they setup another sheet offset printing unit in 1998 under name and style of Prabhakar Print Pack Private Limited. They started with a four colour machine and all allied equipment. Sanjeev continued to concentrate in the self adhesive label business. In 2004 a 10 inch Mark Andy 2200 flexo label press was acquired and a year later after selling their Kopack they acquired yet another Mark Andy 2200, 13 inch press. Even though Sanjeev was expanding in labels yet in his heart he still wished to replicate his success in manufacturing magnetic cylinders. In 2005, he again indulged to produce these under his new enterprise Precise Graphics.  In his early days on entering the self adhesive label industry with a Kopack press, Sanjeev got a lot of help and advice from Manish Desai of Mudrika Labels in Mumbai. Mudrika already had three such Kopack presses and mentored Sanjeev to success. When he initiated his new venture he apprised Manish Desai about the magnetic Cylinder produced by him. Manish was excited on hearing this and immediately asked  Sanjeev to produce one for him, even though when offered by Sanjeev to supply on cost, Manish insisted and prevailed upon Sanjeev to add his margin and supply, also assuring to refer him to other fellow printers. So Mudrika labels became the first customer of Precise Graphics for magnetic cylinders. Sanjiv remains indebted to Manish Desai who has been instrumental in his success because of the support provided to him and proudly says, “This was an encouragement of Make in India concept”. 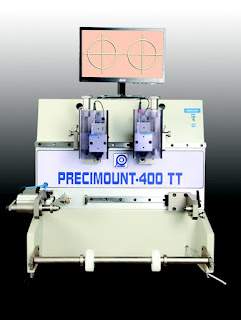 The initial success was followed up with support from another industry stalwart Vijay Jain of A and A Labels Delhi. Thereafter there was no looking back and Precise Graphics started to exhibit their products at domestic and international exhibitions. They now have customers spread all over India, USA, MENA region and other countries. They sell between 750-800 units each year and aspire to keep increasing their footprints in the growing industry. In 2008 they developed and started marketing plate mounters followed it up by offering rotary die cutting machines for blank labels in 2012 and slitting and intermittent die-cutting machines in 2014. 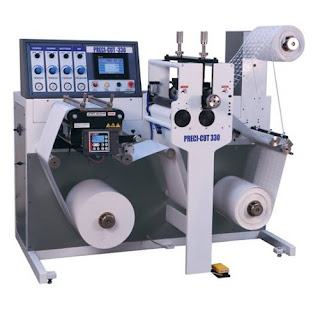 Encouraged by his success Precise Graphics was in 2014 renamed PGI Technologies Pvt. Ltd. to concentrate in producing engineering and technology driven products for the label industry at large. In 2015 Sanjeev Atre quit the printing business, leaving that to his elder brother. A year on he launched his first flexo rotary 6 colour tower type label printing press, a machine that he displayed at Labelexpo India 2016 was self designed, built in their factory with CNC machined parts and not copied from any other press. This, Sanjeev says, is conforming to the Make in India concept to which he is committed. The machine as displayed at the 2016 Labelexpo India in Greater Noida was running at 60 meters per minute, however this has been further improved and in their factory the press has run at 80 meters per minute with water based inks and hot air drying. Also at the same event they showcased a new development that they were taking up, a turret re-winder with die cutting and rotary slitting for non-stop production of blank labels. The final version of this machine will be displayed at the upcoming Labelexpo India in November 2018.  Even though demonetization and implementation of GST did impact business adversely yet PGI Tech was able to sell eight machines in one year to satisfied customers.  They endeavor, as also continue to upgrade their products on an ongoing basis adding new features and automation to them. They presently operate out of a factory admeasuring 6500 square feet with 26 people. Expansion is in progress and they are in process to acquire a 1.25 acre plot with 18000 square feet built up area, enough for the immediate future plans.
Reminiscing a challenging situation in his early days in printing labels and the innovative streak in him to solve the problem, he narrates a time when a customer rejected a whole lot of 10-12.5 million labels due to over punching because the web was breaking on automatic label dispensing equipment. He took back the entire consignment, laminated the liner with BOPP film and returned to the customer. The shipment was accepted!
This year after renewing business strategies to escalate the fast growing domestic as well as export business of tooling, Sanjeev has consolidated the Tooling division within the manufacturing with the entire operations under one roof including gear tooth profile grinding facility as well. While there is push for increasing the prices in the industry, Sanjeev has publically announced a price reduction in tooling owing to the savings from of this strategic initiative.
Sanjeev has active support from his wife Namita who is a home maker. His elder son Pinak decided not to join his business and moved to Pune taking a job in IT, planning to launch his own venture in partnership with a friend at a later date. His younger son Ajinkya has joined PGI Tech and is still under training in the company while pursuing a course in architecture alongside. With Ajinkya also in business, Sanjeev has more time on his hands and has tempted him to pursue his hobby of photography and presently he is studying different birds and their migratory streams. He travels to bird sanctuaries and patiently indulges in catching in his camera, the unique images of birds in their natural habitats. It helps him relax, unwind and return to work rejuvenated to indulge yet again in creativity.
Written by Harveer Sahni Chairman Weldon Celloplast Limited, New Delhi April, 2018