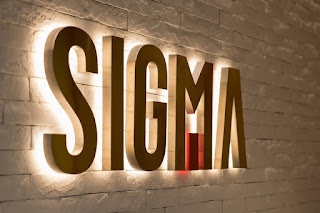 UAE or the United Arab Emirates consists of seven independent city-states or emirates: Abu Dhabi, Dubai, Sharjah, Umm al-Quwain, Fujairah, Ajman, and Ras-al-Khaimah. Total population of all the emirates of UAE put together is much less than that of New Delhi India at 11.42 million with only 20% Emiratis and rest are expats making it the highest percentage  of  expatriates in any country in the world. The Indian expatriate population at 28% is the largest group in UAE. It is surprising that there is a substantial number of label printing companies there with more printers joining in year after year. In the start of the new Millennium, one could count the total number of label printing companies to around 10 which has now grown to over 40. Even though leading printers speak of intense competition and depleting margins yet there is a steady news of expansions and new companies joining the bandwagon of label printers. Obviously, it is not the local demand but due the business environment, conditions and facilities, the printing companies reach out to customers not only in the Middle East but also to Africa, Europe, and USA. It is a global hub from where they produce and export. It is normal to hear label printers in the region expressing difficulties due to a small market and intense competition, in such a situation it is heartwarming to see someone who comes from a fragile financial status, jumping into label printing and starting to register smart growth. One such person is Jagannath Wagle who endeavored to take the risk of setting up from virtually nothing, his maiden label venture, Sigma Middle East Labels that has started rising from humble beginnings.

It is rare to find humble people these days. Humility is putting pride behind, staying grounded to reality, have faith in oneself and learning from one’s modest beginnings to continuously move ahead with firm resolve and keep evolving. That is how Jagannath Wagle talks with respect and nostalgia about his humble background and times when he was growing up. this: As if living with his parents in a one 300 square feet room flat in Mumbai’s western suburb Nala Sopara along with two brothers was not crowded enough, to help the son of a family friend in village, his mother brought the boy to Mumbai to stay with them.” Jagannath’s father, an auditor with the government of India’s audit department had to manage within the meagre means to support a family of 6 people living in one room. However still they managed to impart the right education to all the children. Jagannath’s mother was a homemaker in true spirit, managing the household and the children by taking home tuitions, he reminisces fondly about her being an excellent cook. 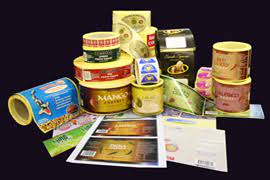 In early this year 2021 Jagannath decided that his company had to upgrade to latest equipment to be more efficient in production, he sold the first Gidue he had bought and replaced it with a brand new fully loaded Gidue M5. Jagannath has finally put Sigma on its road to success and bigger business, he attributes the his journey so far to the inspiration that he got from a Indian picture “Guru” based on the life of Dhirubhai Ambani the founder of Reliance Industries Ltd. He still quotes the dialogue from that film, “If I am doing well why not for myself ?”. 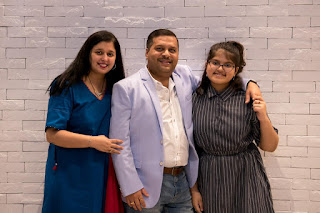 The credit for this amazing journey largely goes to the woman behind Jagannath, his wife Pooja who solidly supported him right through, besides bringing up their only daughter. Pooja is a partner in the company holding the purse strings as the financial controller. No business succeeds without a good team Jagannath and Pooja carefully built their team as a family and took only people from grassroot levels and trained them, two of their teammates had joined as labour/helpers and now work as business development executive bringing in half a million Dirham business each. During their struggling days, Jagannath’s brother in law Kishor Vedpathak quit his job in Mumbai to come and support him, he now looks after Sigma as admin manager. Looking back, he reminisces that his first big break was when he got a big order for 100,000 price marking rolls from Centre Point Chain retail stores. He plans to enhance capacity again later this year with yet another flexo press plus another digital press. Up from just two employees when he started on his own, he now works with 55 employees including four designers inhouse, Sigma has registered a sale of 25 million Dirhams last year growing 30% in a pandemic year!

Deep in thought and with a smile he mentions that he wishes to be if not the biggest, he will try to be one of the biggest label printers in UAE in 5years time. He is confident that he will continue to lead Sigma Middle East Labels to keep rising to higher levels.

Print magazines my reproduce the above article by giving credit to author.