On the 10th of December 2011, on this blog of mine http://harveersahni.blogspot.com I uploaded my post, “FDI in retail, Government defers it, Industry gives a thumbs-up! This was a post that the industry appreciated and lauded. The industry leaders who gave the thumbs up were those whose opinion matters! The industry did miss a heart beat when the decision was put on hold due to political compulsions.
Industrialists pour in investments into manufacturing facilities foreseeing the growth in market and expecting the surge in demand. Expansion and capacity enhancement with focus on producing world standard products does not come cheap! In a country like India that is home for over 1.2 Billion people most of whom are educated, young, earning more and expected to spend more, the demand for consumer goods is bound to surge upwards. The expectations of growth increases to higher levels when government decisions like allowing FDI in retail become a reality! At such times going by their projections, stakeholders do make the investments to enhance capacities. Capacities cannot emanate immediately when demand arises. They come around when manufacturers assess demand based on government policies, decisions and make projections that prompt them to invest in state of art equipment to enhance quality production. If at this stage, the government reverses decision in FDI, it would be a deterrent to growth. The pause button is pressed instantaneously. As an equipment supplier to the label industry I and my colleagues did experience the impact of this pause last year. Ordered equipment was put on hold. We lost crucial time…nine months, perhaps.
Last week, the Manmohan Singh government in India, finally stood up firmly and faced the opposition to declare that FDI in retail is a reality. Also emphatically, they asserted that the decision now was here to stay. The catch that looks to be a deterrent of sorts, is that the states still have the choice to block this process. However, one can see the steady transformation to big time internationally participated retail already initiated. Opposing states will fall in line as they witness the results in states that accept the process. The controversy is that the Mom and Pop store around the corner will suffer and wind up. A mild protest also says that the farmers may also suffer. However all know once the middleman is out the farmer will get better realization for his produce. The politicians will be left assessing who to back, the mom and pop stores or the farmers. The eventuality will happen and change the lifestyles in this country. 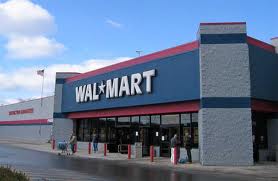 Change does worry and is difficult to accept but when you see your neighbor progressing, the me-too factor makes an impact. Imagine a Wal-Mart store at the Delhi border adjoining the state of UP (Uttar Pradesh) where FDI in retail is not accepted. When people in UP in the NCR (National Capital Region) start to patronize such stores in numbers that process cannot be ignored, the evident will happen, Wall mart will also cross the border of these states that are resisting now. The loss of revenue due to tax collections will trouble any state government. Once retail grows, manufacturing has to grow to fulfill the demand. Demand for labels growing is just a matter time. With that will grow the demand for equipment, toolings and materials.
It has been a few days and the opposition parties are mounting the political pressure for a rollback but this time around the decision seems to be firm, the Government is ready to face the music as it comes. The prime Minister says if we have to go down we might as well do that fighting. The industry has already given their thumbs up. The government is committed now, finally it did take them those magical nine months to deliver! As also to ensure that FDI is here to stay!!!
Written By Harveer Sahni September 2012