It is generally perceived in India that a doctor’s son will become a doctor. Traditionally Indian families follow the rule that the sons take up a profession similar to the one that their father has pursued. This is more so because the father wishes it so. Also the nuances of the profession or trade that they have been in, is firmly entrenched in their minds. They are able to train and advise their off-springs when they inherit or for that matter, indulge in a similar profession. The joint family system is also responsible for such decisions by the or for the, generation next. Mumbai based R N Desai, a finance manager with Johnson & Johnson, had a different vision for his inheritors. Contrary to the above, he wished and emphasized that his sons will never be in service. They have to be successful businessmen. His children accepted his advice earnestly and worked hard to prove him right. The family prospers and grows in business due to the vision of this man. Sandeep, Vipul and Manish have given their best in building the Mudrika group to what it is today. The group continues to expand giving credibility to the motivation of their mentor. While Vipul and Manish are R N Desai’s sons, Sandeep who started it all is their cousin yet they are always seen as real brothers who are exceptionally well bonded. Manish, the youngest of the three fondly remembers that he was so influenced by his father’s decision that during his vacations in school, he used to trade in small things to make some extra money. The inclination and indulgence in trade at such tender age was definitely the reason for them to be so committed to their work. 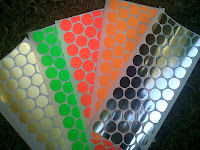